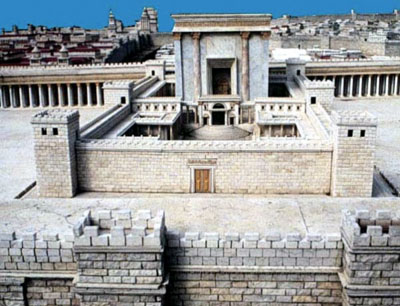 ”There are 70 million evangelical Christians around the world, and most of them have become Israel’s strongest supporters.”

So what have all these funds gone towards so far?  Well, the truth is that the Temple Institute has been extremely busy.  The Temple Institute Museum in Jerusalem’s Old City contains solid gold service vessels, trumpets made of silver, garments to be worn by future priests made from golden thread, copper urns and many, many other items that have been painstakingly designed to Biblical specifications for use in the future Temple.

So when will this Temple be built?

According to Glick, it will depend on when the Messiah shows up…..