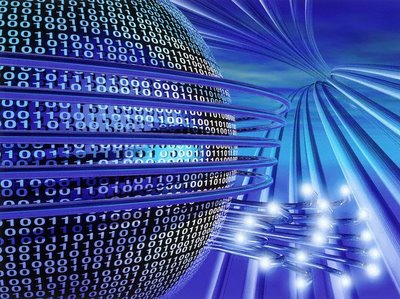 The US must prepare itself for a full-scale cyber attack which could cause death and destruction across the country in less than 15 minutes, the former anti-terrorism Tsar to Bill Clinton and George W Bush has warned.

Richard Clarke claims that America’s lack of preparation for the annexing of its computer system by terrorists could lead to an “electronic Pearl Harbor”.

In his warning, Mr Clarke paints a doomsday scenario in which the problems start with the collapse of one of Pentagon’s computer networks.

Soon internet service providers are in meltdown. Reports come in of large refinery fires and explosions in Philadelphia and Houston. Chemical plants malfunction, releasing lethal clouds of chlorine.Air traffic controllers report several mid-air collisions, while subway trains crash in New York, Washington and Los Angeles. More than 150 cities are suddenly blacked out. Tens of thousands of Americans die in an attack comparable to a nuclear bomb in its devastation.

Yet it would take no more than 15 minutes and involve not a single terrorist or soldier setting foot in the United States.

The scenario is contained the pages of his book, Cyber War: The Next National Security Threat, written with Robert Knake.

And Mr Clarke has been right before.

As anti-terrorism tsar under Mr Clinton and then Mr Bush, he issued dire warnings of the need for better defences against al-Qaeda, and wrote about his futile campaign in the 2004 book Against All Enemies.

Now he argues that a similar lack of preparation could exact a tragic price.

“The biggest secret about cyber war may be that at the very same time the US prepares for offensive cyber war, it is continuing policies that make it impossible to defend effectively from cyber attack,” says the book.

In part, the US has been hampered by the unforeseeable success of the internet and expansion of computerised networks, which are now used in almost every aspect of industry but have led to a hazardous degree of over-dependence. Meanwhile America may have invented the internet, but at least 30 nations have created offensive cyber-war capabilities, which aim to plant a variety of viruses and bugs into key utility, military and financial systems of other states.

The authors are convinced that there will at some point be a cyber-war between two nations and are concerned that such a conflict would “lower the threshold” for a war with bombs and bullets.

The US has already experienced two major cyber warning shots. Hackers from Russia or China or both successfully planted software in the US electricity grid that left behind software that could be used to sabotage the system at a later date.

The North Koreans may not be able to feed their people but in 2009 they succeeded in bringing down the servers of the Department of Homeland Security, the US Treasury and several other government departments, along with regular internet providers, by flooding them with requests for data.

Most dramatically, it saturated the internet connections of a Pentagon server that the military would rely for logistical communications in an armed conflict.