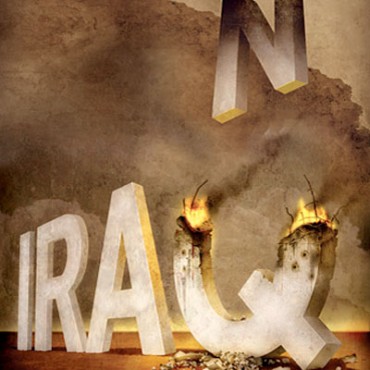 As each day passes, war in the Middle East seems increasingly likely.  The truth is that Israel will never allow Iran to develop nuclear weapons, and Iran is absolutely determined to continue developing a nuclear program.  So right now Israel and Iran are engaged in a really bizarre game of “nuclear chicken” and neither side is showing any sign of blinking.  In fact, even prominent world leaders are now openly stating that it is basically inevitable that Israel is going to strike Iran.  For example, Italian Prime Minister Silvio Berlusconi recently made the stunning admission that the G8 nations ?absolutely believe? that Israel will attack Iran.  But a conflict between Israel and Iran would not just affect the Middle East – it would have staggering implications for the rest of the globe.

So just what would a war between Israel and Iran mean for the world economy?

The following are 7 potential economic effects of a conflict between Israel and Iran….

#1) The Price Of Oil Would Skyrocket – One of the very first things a war with Iran would do is that it would severely constrict or even shut down oil shipments through the Strait of Hormuz.  Considering the fact that approximately 20% of the world?s oil flows through the Strait of Hormuz, world oil markets would instantly be plunged into a frenzy.  In fact, some analysts believe that oil prices would rise to 250$ per barrel.

So are you ready to pay 8 or 10 dollars for a gallon of gasoline?  What do you think that would do to the U.S. economy?

#2) Fear Would Explode In World Financial Markets – Even without a war, the dominant force in world financial markets in 2010 is fear.  We are already seeing unprecedented volatility in financial markets around the globe, and there is nothing like a war to turn fear into a full-fledged panic.  And what happens when panic grips financial markets?  What happens is that they crash.

#3) World Trade Would Instantly Seize Up – Once upon a time the economies of the world were relatively self-contained, so a war in one area would not necessarily wreck economies all over the globe.  But all of that has changed now.  Today, the economies of virtually every nation are highly interdependent.  That has some advantages, but it also has a lot of disadvantages.

If a war with Iran did break out, nations all over the globe would start taking sides and world trade would seize up.  The global flow of goods and services would be severely interrupted.  That would be enough to push many nations around the world into a full-blown depression.

#4) Military Spending Would Escalate – Even if the United States was not pulled directly into a conflict between Israel and Iran, there is little doubt that the U.S. would be spending a lot of money and resources to support Israel and to build up military assets in the region in case a wider war broke out.  The U.S. has already spent somewhere in the neighborhood of a trillion dollars. on the wars in Iraq and Afghanistan.  If war does break out with Iran the amount of money the U.S. government could be forced to spend could be absolutely staggering.

The truth is that the U.S. is already drowning in debt.  At this point the U.S. government is over 13 trillion dollars in debt and another Middle East war is certainly not going to help things.

#5) Russia Would Greatly Benefit – Russia and other major oil producers outside of the Middle East would greatly benefit if a war with Iran erupts.  Russia is already the number one oil producer in the world, and if supplies out of the Middle East were disrupted for any period of time it would mean an unprecedented windfall for the Russian Bear.

#6) Massive Inflation – A huge jump in the price of oil and dramatically increased military spending by the U.S. government would most definitely lead to price inflation.  We would probably see a dramatic rise in interest rates as well.  In fact, it is quite likely that if a war with Iran does break out we would see a return of “stagflation” – a situation where prices are rapidly escalating but economic growth as a whole is either flat or declining.

#7) The Price Of Gold Would Go Through The Roof – When there is a high degree of uncertainty in world financial markets, where do investors turn?  As we have seen very clearly recently, they turn to gold.  As high as the price of gold is now, the truth is that it is nothing compared to what would happen if a war with Iran breaks out.  When times get tough, we almost always see a flight to safety.  Right now none of the major currencies around the globe provide much safety, so investors are increasingly viewing precious metals such as gold and silver as a wealth preservation tool.

War is never pleasant.  If war with Iran does break out it could potentially set off a chain of cascading events that would permanently alter the world economy for the rest of our lifetimes.

So let us hope that war does not erupt.  It wouldn’t be good for anyone.  But the reality is that at this point it almost seems like a foregone conclusion.  Tensions in the Middle East are rising by the day, and all sides are certainly preparing as if they fully expect a war to happen.

Even without a war with Iran, incredibly hard economic times are on the way, so if a war does happen it could mean a complete and total economic disaster.

7 Potential Economic Effects Of A War With Iran
http://endtimeinfo.com/2010/07/7-potential-economic-effects-of-a-war-with-iran/
inflationIranoilRussiawar
Previous ArticleNew Bill Gives Obama ?Kill Switch? To Shut Down The InternetNext ArticleDo It Yourself Microchippers Make Implants A Hobby