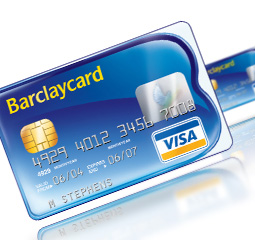 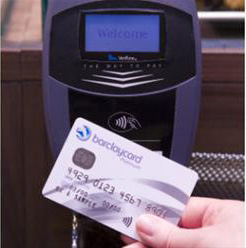 Whilst we?re all familiar with chip and pin, another payment technology has been growing in popularity. It is estimated that over 9.6 million contactless-capable cards have been issued by card providers in the UK, so around one in six cardholders already have a card that doesn?t require a pin to be entered for transactions under ?15, simply a flash of a card on a reader.

A recent report from analysts, Datamonitor, has reignited the debate as to whether widespread use of contactless payment is just around the corner or some way off. Datamonitor has come down firmly on the side of ?some way off?, arguing that until there is demand from consumers, retailers will not make the investment to go contactless.

Barclaycard and Barclays have taken a lead on contactless because we fundamentally believe that it, and the cashless society it heralds, is the future. Furthermore, contrary to Datamonitor?s report we believe that future is closer than they anticipate.

Forward thinking retailers such as EAT. and Pr?t a Manger are already reaping the rewards: contactless credit and debit card terminals eliminate the need for cash for even small transactions, enabling retailers to speed up sales at the tills and to avoid the hassle of handling large quantities of money.

Barclaycard, along with Barclays, have 25,000 contactless terminals live and accepting payment across the country.

Nor are consumers being left behind. The Payments Council recently predicted that cash payments would account for fewer than half of all transactions within just five years, with consumers increasing the amount consumers spend with cards fourfold in the last decade.

Indeed, for retailers and consumers alike, cash is increasingly becoming more of a burden than a straightforward form of payment. The cost to retailers of processing it is huge, queues become uncontrollable as customers fumble for change in shops, and having to remember to get cash out from an ATM just becomes another thing to think about in consumers? busy lives.

In response to the need for an easy and innovative replacement to cash, contactless payment in the UK has taken off in the past three years for low value purchases. Since September 2007, Barclays and Barclaycard have issued over eight million contactless-enabled cards, allowing customers to make transactions quicker and more easily. As a result of the ease of payment, 61% of users find it preferable to using cash.[3]

Recently, we have seen other card providers begin to join Barclays and Barclaycard in providing a contactless service. In America, Canada and Australia, contactless is already used extensively, boosted by a transaction limit of $50.

Contactless is increasingly being seen as a way to cement relationships with customers and provide ownership of the customer journey ? whether that is providing point-to-point in travel or over the course of several days at a festival.

Contactless has become widespread in Europe, with Italy and Turkey in the process of adapting their transport networks to accept contactless payment. In the UK, the system is rapidly growing in popularity with key retailers having announced their commitment to quicker queues and slicker transactions, and with a number of music festivals, such as Wireless, trailing the use of contactless technology.

Contactless speeds up transactions as it does not require a customer to enter a PIN or enter their card into a payment terminal. Once the card has been placed over the contactless terminal, the transaction uses secure technology to automatically add the purchase to the customer?s credit card bill or debit it from their current account.

As with all credit and debit cards, security is of paramount concern and as a result, contactless uses tried and tested, reliable payment technology. In addition, there is a ?15 limit on single transactions and a card can only be used on multiple transactions using solely contactless payment a certain number of times before a customer is prompted for their PIN.

In the unlikely event of fraud, contactless debit and credit transactions benefit from the same 100% fraud guarantee as standard transactions. Whilst the chip is currently inserted into cards, it is intended that by 2012 contactless mobile phones will be widely available allowing consumers to not only make purchases with greater ease but also keep a close eye on what they are spending through their phone.

Barclays and Barclaycard anticipate that in the next two years use of contactless payments systems will become widespread across multiple sectors.

Contactless is growing fast, with many credit and debit card providers issuing contactless-enabled cards as standard when a card comes up for renewal. The reality is that consumers are choosing not to use cash; that soon for more than half of purchases, cards will be used instead.

Barclaycard looks forward to others joining it in the cashless, contactless revolution, which is just around the corner.

Why contactless payment paves the way for a cashless society
http://endtimeinfo.com/2010/08/why-contactless-payment-paves-the-way-for-a-cashless-society/
cashlesspolice state
Previous ArticleVending Machines Of The Future? – Retinal Scans, thumbprint paymentNext ArticleThe Government Can Use GPS to Track Your Moves