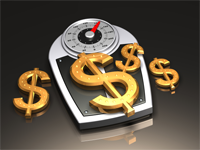 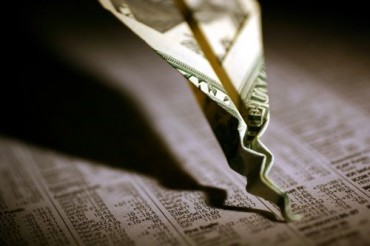 The G20 may have helped stave off an impending currency war but it?s communiqué is unlikely to interrupt the trade that has dominated financial markets for months ? selling the U.S. dollar in favour of riskier assets such as commodities and emerging market stocks.

?I don?t see anything in this that would lead to any change in the environment right now for the U.S. dollar,? said Andrew Busch, global foreign exchange strategist at BMO Capital Markets in Chicago.

?The biggest determinant is clearly the anticipation of quantitative easing by the Federal Reserve.?

After meetings in Gyeongju, South Korea over the weekend, the G20 called for a move toward ?more market determined? exchange rate policies and for countries to refrain from ?competitive devaluation.?

While the agreement made clear the possibility of foreign exchange ructions has moved higher up the agenda and key issues such as, current account positions, protectionism, capital controls all got a mention the language is not tight enough to impose any changes on anybody, according to Thomas Stolper, chief currency strategist at Goldman Sachs in London.

He said the speed of progress towards global rebalancing depends largely on how quickly key Asian countries, such as China, realize there are no other sustainable solutions to their problems other than currency appreciation.

?The G20 was surely helpful in this broader process and there is plenty of goodwill, but it was not a great leap either,? Mr. Stolper told clients.

China has been able to stem the yuan?s appreciation to about 2% since promising to introduce more flexibility in June. At the same time, the Fed has sent the dollar sharply lower by suggesting it will undertake quantitative easing or buying up assets in the open market to prop up a weak domestic economy.

The G20?s call for the IMF to play a greater role in the oversight of exchange rates will be met with disappointment from those looking for a change in policy. U.S. Treasury Secretary Timothy Geithner?s proposal to have countries agree to limit current account imbalances to a specified level was not adopted. Rather, finance ministers and central bank governors said they would agree on guidelines at an indeterminate point.

Despite its many loopholes, the general pledge to avoid competitive devaluation likely reduces the risk of a trade war, according to Gareth Berry, a Singapore-based currency strategist with UBS. As a result, he believes it will be positive for risk appetite, thereby supporting the Canadian dollar, Australian dollar, Nordic currencies and emerging markets ? all at the expense of the greenback.

Still, the dominant theme in foreign exchange markets is likely to remain selling the U.S. dollar as the Fed gets sent to inject billions of dollars more of them in to the U.S. economy in a bid to lower bond yields and keep greasing the wheels of finance. In a world where U.S. dollars are plenty, the value of them falls and other assets look way more attractive.