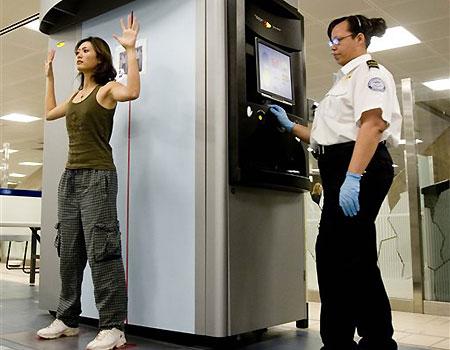 The Transportation Security Administration (TSA) has crossed the line. As if subjecting millions of Americans to X-rated x-ray scans and public groping sessions weren?t bad enough, the agency now threatens $11,000 in fines against anyone refusing to submit to humiliation at the airport.

Oceanside, Calif., resident John Tyner found this out after he posted on YouTube a video of his degrading encounter with TSA screeners. Mr. Tyner?s catchy phrase, ?If you touch my junk, I?ll have you arrested,? spread quickly. TSA was not amused, and an official announced Monday that Mr. Tyner faces punishment for leaving the airport without submitting to the high-tech or low-tech molestation options.

The term is not used lightly. Under 18 U.S. Code Section 2244, ? ?sexual contact? means the intentional touching, either directly or through the clothing, of the genitalia, anus, groin, breast, inner thigh or buttocks of any person with an intent to abuse, humiliate, harass, degrade.? It?s no coincidence that TSA initiated sexual-contact pat-downs after fliers began to refuse the pornographic scanners. There can be no question that when threats of civil punishment are used to ensure compliance, those encounters with the TSA lose their status as a voluntary transaction. It?s even more outrageous that these unnecessary searches are being conducted on children.

There?s also no doubt that some rogue TSA agents seek self-gratification at the expense of passengers. In January, a TSA agent planted white powder in the bags of passengers, according to documents posted on the Smoking Gun website. Apparently, scaring members of the public into thinking they were being busted for smuggling drugs made for a good ?joke.? The new screening rules open yet more opportunities for the worst elements at TSA.

Homeland Security Secretary Janet Napolitano insists that anyone who has a problem with the state of affairs simply shouldn?t fly. Unelected bureaucrats like Ms. Napolitano?known across the blogosphere as Big Sister?have no business making decisions that touch upon such a fundamental right as the ability of innocent citizens to travel freely. In Ms. Napolitano?s view, Americans wishing to visit family and friends across the country exercise a privilege granted by the government. Air travel is no longer a free transaction between a member of the public and an airline.

Once freedom at airports is ?locked down,? it?s inevitable that TSA will next target buses, trains and the Metro. After all, al Qaeda has attacked each of these modes of transportation in other parts of the world. Strict controls on internal travel is the hallmark of a police state.

No matter how invasive TSA searches become, there?s no guarantee anything the agency does will prevent a terrorist attack. A balance must be struck between reasonable security measures and the maintenance of a free society. These decisions cannot be made by Obama administration officials without involving the public in the discussions. Many Tea Party candidates standing for election earlier this month promised they were going to ?take our country back.? Stopping TSA would be a good first step.