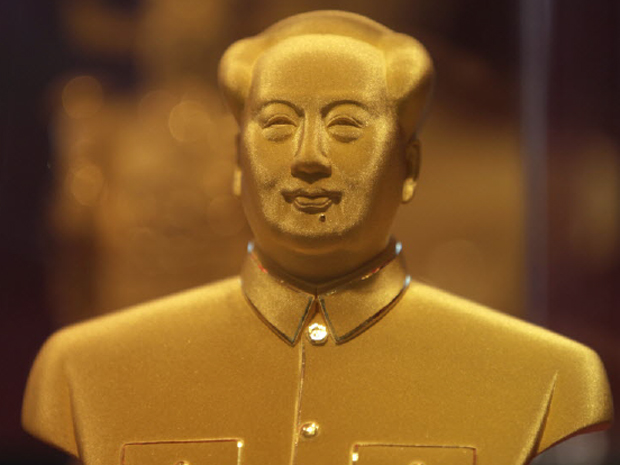 Why are the Chinese buying so much gold? In 2010 it has been demand out of China that has been one of the primary factors for the dramatic rise in the price of gold. Gold is up approximately 26 percent this year, and most analysts expect it to go even higher in 2011. So is China buying gold at a breathtaking pace because they view it as a good investment, or are there other factors at work here? Do the Chinese view gold as a hedge against inflation? Is China seeking to get out of U.S. Treasuries? Has gold simply become much more attractive than paper currencies such as the euro and the U.S. dollar? Or could China be preparing for the coming financial collapse that so many economists see coming? It is always difficult to tell exactly what China is up to, but one thing is for sure ? they are buying gold like there is no tomorrow.

So what can account for such a dramatic increase?

Does China need all of that gold for domestic use?

Without a doubt gold is becoming much more popular in China, but it is not as if China does not produce a massive amount of gold on their own. In fact, since 2007 China has been the number one producer of gold in the entire world. They are certainly not suffering from a shortage of gold.

If that is the case, then what else could explain why China is buying gold so rapidly?

Well, there seem to be four primary theories for why China is buying up so much gold right now.

#1 A Hedge Against Inflation

Already we are starting to see some very serious inflation in China. In particular, food inflation threatens to spiral out of control. In an inflationary environment, gold is always a good investment.

#2 An Alternative To U.S. Treasuries

Over the past decade, China has invested very, very heavily in U.S. Treasuries. In fact, the U.S.China nearly a trillion dollars at this point. However, over the last year or two China has dramatically slowed down their purchases of U.S. Treasuries and they have been actively seeking out alternative investments. Gold has always been a very safe investment, and with the world financial system so unstable right now it makes a lot of sense to invest in gold. government owes

#3 A Lack Of Faith In Paper Currencies

Over the past decade, China has accumulated a gigantic pile of foreign exchange reserves, but lately paper currencies such as the euro and the U.S. dollar have become increasingly unstable. The European sovereign debt crisis threatens to collapse the euro at any moment. Quantitative easing 2 and the tax cut deal that Barack Obama and the Republicans are trying to push through Congress are causing the rest of the globe to lose a tremendous amount of faith in the U.S. dollar. In this type of environment, holding paper currencies has become much less attractive.

#4 Preparing For The Coming Financial Collapse

It doesn?t take a genius to figure out that we are living in the greatest debt bubble in the history of the world and that at some point the world financial system is going to crash. When that happens, the safest place to be will be in precious metals and other commodities. The Chinese have been busy gobbling up gold, silver and many other commodities, and so whether they mean to or not, they are positioning themselves to weather the coming financial storm better than most other nations.

Once again, it is always hard to tell exactly what China is doing. Perhaps in six months or a year China will change course again. But right now China is gobbling up huge amounts of gold, and if this continues it is going to create a huge imbalance in global financial markets.

In fact, if all of this Chinese gold buying goes on long enough, it could blow out many of those who are holding significant short positions in gold.

But it is not just the Chinese government that has caught ?gold fever? these days.

Chinese citizens are buying gold at a rate that has never been seen before.

On the Shanghai Gold Exchange, trading volume soared 43 percent during the first 10 months of 2010.

As the Chinese middle class has grown, gold has become much more popular. Amazingly, Chinese households have purchased almost half as much gold since mid-2007 as all the investors in the West combined.

This is yet another sign of how far China has come. China is not a minor player on the world stage any longer. The truth is that China is now a major economic superpower.

Why Are The Chinese Gobbling Up Gold Like There Is No Tomorrow?
http://endtimeinfo.com/2010/12/why-are-the-chinese-gobbling-up-gold-like-there-is-no-tomorrow/
Chinadollargoldquantitative easing
Previous ArticleHas The Financial Collapse Of Europe Now Become Inevitable?Next ArticleWhat Your Cell Phone Could Be Telling the Government