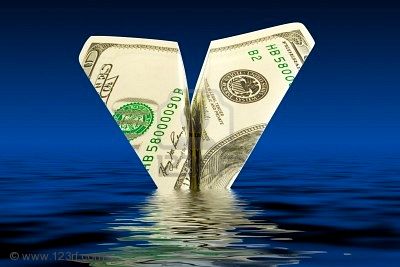 What could cause an economic collapse in 2011? Well, unfortunately there are quite a few ?nightmare scenarios? that could plunge the entire globe into another massive financial crisis.  The United States, Japan and most of the nations in Europe are absolutely drowning in debt.  The Federal Reserve continues to play reckless games with the U.S. dollar.  The price of oil is skyrocketing and the global price of food just hit a new record high.  Food riots are already breaking out all over the world.  Meanwhile, the rampant fraud and corruption going on in world financial markets is starting to be exposed and the whole house of cards could come crashing down at any time.  Most Americans have no idea that a horrific economic collapse could happen at literally any time.  There is no way that all of this debt and all of this financial corruption is sustainable.  At some point we are going to reach a moment of ?total system failure?.

So will it be soon?  Let?s hope not.  Let?s certainly hope that it does not happen in 2011.  Many of us need more time to prepare.  Most of our families and friends need more time to prepare.  Once this thing implodes there isn?t going to be an opportunity to have a ?do over?.  We simply will not be able to put the toothpaste back into the tube again.

So we had all better be getting prepared for hard times.  The following are 12 economic collapse scenarios that we could potentially see in 2011?.

#1 U.S. debt could become a massive crisis at any moment.  China is saying all of the right things at the moment, but many analysts are openly worried about what could happen if Chinasuddenly decides to start dumping all of the U.S. debt that they have accumulated.  Right now about the only thing keeping U.S. government finances going is the ability to borrow gigantic amounts of money at extremely low interest rates.  If anything upsets that paradigm, it could potentially have enormous consequences for the entire world financial system.

#2 Speaking of threats to the global financial system, it turns out that ?quantitative easing 2? has had the exact opposite effect that Ben Bernanke planned for it to have.  Bernanke insisted that the main goal of QE2 was to lower interest rates, but instead all it has done is cause interest rates to go up substantially.  If Bernanke this incompetent or is he trying to mess everything up on purpose?

#3 The debt bubble that the entire global economy is based on could burst at any time and throw the whole planet into chaos.  According to a new report from the World Economic Forum, the total amount of credit in the world increased from $57 trillion in 2000 to $109 trillion in 2009.  The WEF says that now the world is going to need another $100 trillion in credit to support projected ?economic growth? over the next decade.  So is this how the new ?global economy? works?  We just keep doubling the total amount of debt every decade?

#4 As the U.S. government and the Federal Reserve continue to pump massive amounts of new dollars into the system, the floor could fall out from underneath the U.S. dollar at any time.  The truth is that we are already starting to see inflation really accelerate and everyone pretty much acknowledges that official U.S. governments figures for inflation are an absolute joke. According to one new study, the cost of college tuition has risen 286% over the last 20 years, and the cost of ?hospital, nursing-home and adult-day-care services? rose 269% during those same two decades.  All of this happened during a period of supposedly ?low? inflation.  So what are price increases going to look like when we actually have ?high? inflation?

#5 One of the primary drivers of global inflation during 2011 could be the price of oil.  A large number of economists are now projecting that the price of oil could surge well past $100 dollars a barrel in 2011.  If that happens, it is going to put significant pressure on the price of almost everything else in the entire global economy.  In fact, as I have explained previously, the higher the price of oil goes, the faster the U.S. economy will decline.

#6 Food inflation is already so bad in some areas of the globe that it is setting off massive food riots in nations such as Tunisia and Algeria.  In fact, there have been reports of people setting themselves on fire all over the Middle East as a way to draw attention to how desperate they are.  So what is going to happen if global food prices go up another 10 or 20 percent and food riots spread literally all over the globe during 2011?

#7 There are persistent rumors that simply will not go away of massive physical gold and silver shortages.  Demand for precious metals has never been higher.  So what is going to happen when many investors begin to absolutely insist on physical delivery of their precious metals?  What is going to happen when the fact that far, far, far more ?paper gold? and ?paper silver? has been sold than has ever actually physically existed in the history of the planet starts to come out?  What would that do to the price of gold and silver?

#8 The U.S. housing industry could plunge the U.S. economy into another recession at any time.  The real estate market is absolutely flooded with homes and virtually nobody is buying.  This massive oversupply of homes means that the construction of new homes has fallen off a cliff.  In 2010,only 703,000 single family, multi-family and manufactured homes were completed.  This was a new record low, and it was down 17% from the previous all-time record which had just been set in 2009.

#9 A combination of extreme weather and disease could make this an absolutely brutal year for U.S. farmers.  This winter we have already seen thousands of new cold weather and snowfall records set across the United States.  Now there is some very disturbing news emerging out of Florida of an ?incurable bacteria? that is ravaging citrus crops all over Florida.  Is there a reason why so many bad things are happening all of a sudden?

#10 The municipal bond crisis could go ?supernova? at any time.  Already, investors are bailing out of bonds at a frightening pace.  State and local government debt is now sitting at an all-time high of 22 percent of U.S. GDP.  According to Meredith Whitney, the municipal bond crisis that we are facing is a gigantic threat to our financial system?.

?It has tentacles as wide as anything I?ve seen. I think next to housing this is the single most important issue in the United States and certainly the largest threat to the U.S. economy.?

Former Los Angeles mayor Richard Riordan is convinced that things are so bad that literally 90% of our states and cities could go bankrupt over the next five years?.

#11 Of course on top of everything else, the quadrillion dollar derivatives bubble could burst at any time.  Right now we are watching the greatest financial casino in the history of the globe spin around and around and around and everyone is hoping that at some point it doesn?t stop.  Today, most money on Wall Street is not made by investing in good business ideas.  Rather, most money on Wall Street is now made by making the best bets.  Unfortunately, at some point the casino is going to come crashing down and the game will be over.

#12 The biggest wildcard of all is war.  The Korean peninsula came closer to war in 2010 than it had in decades.  The Middle East could literally explode at any time.  We live in a world where a single weapon can take out an entire city in an instant.  All it would take is a mid-size war or a couple of weapons of mass destruction to throw the entire global economy into absolute turmoil.

Once again, let us hope that none of these economic collapse scenarios happens in 2011.

However, we have got to realize that we can?t keep dodging these bullets forever.

But instead of using these times to ?party?, we should be using them to prepare.

A really, really vicious economic storm is coming and it is going to be a complete and total nightmare.  Get ready, hold on tight, and say your prayers.

12 Economic Collapse Scenarios That We Could Potentially See In 2011
http://endtimeinfo.com/2011/01/12-economic-collapse-scenarios-that-we-could-potentially-see-in-2011/
dollareconomic collapseeconomic crisisgoldquantitative easing
Previous ArticleMicrosoft Bets on the RubleNext ArticleThe Four Horsemen of the Apocalypse