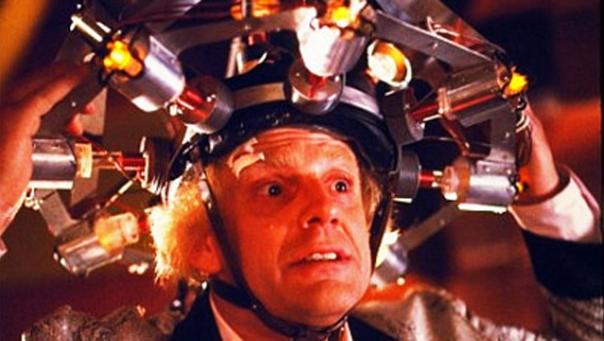 Gamers set aside their joysticks recently to test out a new video game. All they needed instead? The power of thought.

InteraXon, a Canadian digital innovations company, was the hit of CES when it unveiled the latest products incorporating Thought Controlled Computing — a technology that lets users control a digital interface using simply the power of their concentration. Their creations include thought-controlled 3D glasses as well as an iPad game that tests a person?s ability to focus their mind for an extended period of time.

?We?ve developed a simple sensor that sits on your forehead and reads your brainwaves,” InteraXon CEO Ariel Garten told FoxNews.com. “It?s just like a heart monitor that can read your heart rate. And the software translates your brainwave data and uses it to control your virtual world.?

She called it a brain/computer interface, or BCI, and InteraXon builds it into a simple, lightweight headband. ?You have patterns of thought that are readable,? Garten explained. Enter the company’s 3D TV glasses, which can detect your mood and will adjust what you?re watching according to how you?re feeling.

The iPad application ZenBound 2, while simple in design, had many people ?scratching their heads,? Garten said. The goal of the game is to wrap a rope around a wooden form. In the game?s first version, users accomplished this task by scrolling with their fingers; in the sequel, people place the brainwave sensor around their forehead and simply concentrate on the task.

The more they concentrate, the faster the rope rotates.

If you think InteraXon is merely fun and games, Garten says think again. The company has additional BCI technology coming soon that will do more than just provide entertainment. Currently in the works is a system that will help those with Attention Deficit Disorder overcome their focusing issues.

Going one step further, InteraXon has been working with Peter Carlen, a neurologist from Toronto Western Hospital, and Berj Bardakjian, a biomedical engineering professor at the University of Toronto. They intend to develop BCI technology that can detect seizures in those suffering from epilepsy — and maybe even predict them, too. Carlen believes that the work is merely the tip of the iceberg in what will soon become an industry standard.

?This is just the beginning of an enormous industry to understand brain activity, to use it, and to have intelligent responses to brain-activating activities,? Carlen told FoxNews.com. ?Ultimately, we?ll have an intelligent response simulation that can modulate to what you are thinking. These are just the early days, but this is going to be a multi-billion dollar industry.?

Garten agrees, predicting that thought-controlled computing will be pervasive in all aspects of life.

?In the short term, we?re going to see these kinds of systems integrated in home devices like cell phones and televisions. But in the long term, it?s going to be the way we control the world on a regular basis.?