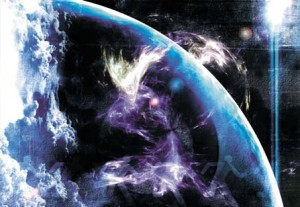 One of the major controversies regarding Endtime Bible prophecy concerns when Jesus will return to ?rapture? all those who have received Him as their Savior. Will it be before or after the coming three-and-a-half-year period of worldwide trouble known as the ?Great Tribulation??

The term ?Rapture? is not found in English-language Bibles, but made its way into Christian terminology as a transliteration of rapiemur (from rapio, or raptio), the Latin word used by Saint Jerome in his Latin Vulgate translation of 1 Thessalonians 4:16-17, which describes how the saved from all ages, both dead and living, will be ?caught up? to meet Jesus in the air at His Second Coming.

Jesus placed His return after the Tribulation period. He couldn?t have made that point clearer!

Those who believe in a pre-Tribulation Rapture contend that Jesus will return in secret to whisk all born-again (saved) Christians out of this world and into Heaven. Depending on when they believe the Tribulation starts, this would be either at the beginning of the Antichrist?s seven-year rule or at its midpoint.

Central to this pre-Tribulation doctrine are several Bible passages that liken Jesus? Second Coming to a thief in the night, and also the supposition that the Second Coming and the Rapture are two different events.

Regarding His return, Jesus told His disciples: ?But of that day and hour no one knows, not even the angels of Heaven, but My Father only. ? Then two men will be in the field: one will be taken and the other left. Two women will be grinding at the mill: one will be taken and the other left. Watch therefore, for you do not know what hour your Lord is coming. But know this, that if the master of the house had known what hour the thief would come, he would have watched and not allowed his house to be broken into. Therefore you also be ready, for the Son of Man is coming at an hour you do not expect? (Matthew 24:36, 40-44).

Here we have Jesus coming like a thief and people going up to Heaven in the Rapture at the same time. There is no indication that these are separate events.

In another ?thief? passage, the apostle Paul states: ?Concerning the times and the seasons, brethren, you have no need that I should write to you. For you yourselves know perfectly that the day of the Lord so comes as a thief in the night. For when they say, ?Peace and safety!? then sudden destruction comes upon them, as labor pains upon a pregnant woman. And they shall not escape? (1 Thessalonians 5:1-3).

?Sudden destruction? and the labor pain analogy make it clear that Jesus? return will be a shocking, woeful experience for those not taken?certainly not the secret, stealthy Rapture of pre-Tribulation doctrine.

The point that both of these ?thief? passages are making is that Jesus? return will be sudden and unexpected, so we need to watch the signs of the times and keep our hearts right with Him so we?ll be ready.

And Paul, in the next verse, goes on to explain “But ye, brethren, are not in darkness, that that day should overtake you as a thief.” (1 Thessalonians 5:4)

A third ?thief? passage that is often applied to the Rapture is, in context, a specific warning to Christians in the city of Sardis, in Western Asia Minor (modern Turkey) who lived in the apostle John?s day. Jesus says, ?Remember therefore how you have received and heard; hold fast and repent. Therefore if you will not watch, I will come upon you as a thief, and you will not know what hour I will come upon you? (Revelation 3:3).

There is a lesson in this passage for us too, of course, and it is the same one that the previously quoted ?thief? passages make: We need to keep our hearts right with Jesus so we?ll be ready to face Him when we die or are caught up with Him in the Rapture.

A fourth ?thief? passage that is sometimes added to the mix isn?t referring to the Rapture at all, but rather the destruction and re-creation of Earth?s surface and its atmospheric heavens about 1,000 years later, at the end of the Millennium: ?But the day of the Lord will come as a thief in the night, in which the heavens will pass away with a great noise, and the elements will melt with fervent heat; both the earth and the works that are in it will be burned up? (2 Peter 3:10).

Now let?s look at some of the passages that support the post-Tribulation Rapture theory.

Just prior to His ?thief? analogy, Jesus told His disciples: ?Immediately after the tribulation of those days the sun will be darkened, and the moon will not give its light; the stars will fall from heaven, and the powers of the heavens will be shaken. Then the sign of the Son of Man will appear in heaven, and then all the tribes of the earth will mourn, and they will see the Son of Man coming on the clouds of heaven with power and great glory. And He will send His angels with a great sound of a trumpet, and they will gather together His elect from the four winds, from one end of heaven to the other? (Matthew 24:29-31).

Jesus placed His return after the Tribulation period?then His angels will gather His elect, all those who have received Him as their Savior, in the Rapture. He couldn?t have made that point clearer!

In addition, the apostle Paul explains that the Antichrist will already be in power and ?sitting in the temple of God? when the Rapture happens, and we know from other passages that this happens after the Antichrist breaks the ?holy covenant,? which triggers the Great Tribulation: ?Let no one deceive you by any means; for that Day [Jesus? return] will not come unless the falling away comes first, and the man of sin [the Antichrist] is revealed, the son of perdition, who opposes and exalts himself above all that is called God or that is worshiped, so that he sits as God in the temple of God, showing himself that he is God? (2 Thessalonians 2:3-4).

Paul also states that it will happen when the last trumpet sounds?the same trumpet Jesus referred to in Matthew 24:31: ?The Lord Himself will descend from Heaven with a shout, with the voice of an archangel, and with the trumpet of God. And the dead in Christ will rise first. Then we [saved] who are alive and remain shall be caught up together with them in the clouds to meet the Lord in the air? (1 Thessalonians 4:16-17). ?Behold, I tell you a mystery: We shall not all sleep, but we shall all be changed?in a moment, in the twinkling of an eye, at the last trumpet. For the trumpet will sound, and the dead will be raised incorruptible, and we shall be changed? (1 Corinthians 15:51-52).

And finally, it is clear from the prophecies in the books of Daniel (c. 538 bc) and Revelation (c. 90 ad) that the saints?all those who have been born again?will be around in the Tribulation, because the Antichrist will war against them. In fact, several passages are even very specific about the length of this period.

Yes, the Great Tribulation is going to be a trying time, but God will turn it to our good and help us come through it victoriously. Concerning that time, Daniel writes: ?The people who know their God shall be strong, and carry out great exploits. And those of the people who understand shall instruct many? (Daniel 11:32-33).

The Great Tribulation will also be a time when many people will turn to the Lord, as those who know their God and understand what?s happening will manifest great powers and win to God?s eternal kingdom many of those who are disaffected with the Antichrist and his regime. The Tribulation trumpets will signal judgments on the wicked?not the just, who will be under God?s seal of protection during this time.

?These [the great multitude standing before the throne of God and Jesus] are the ones who come out of the Great Tribulation? (Revelation 7:14). In other words, they were there during it. God will deliver His own out of trouble, not from it!