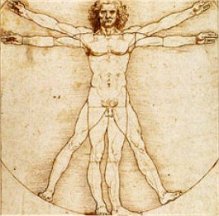 In today’s multicultural society there is a growing trend toward what is known as “moral relativism.” This means taking a nonjudgmental approach to what people believe and do because “everything is relative.” Even things we might regard as repugnant and wrong might be acceptable according to the customs of others. It’s certainly Christian to be understanding and tolerant of others, but to bow to beliefs or practices that are in direct contradiction to God’s two great commandments (to love God and others) is to be deceived and led astray. This moral relativism is a direct result of an atheistic philosophy called “secular humanism.”

Modern humanism can be traced back to the Renaissance. Famous men of the Renaissance and the Enlightenment period that followed?Leonardo da Vinci, Isaac Newton, Desiderius Erasmus, and many others?are now regarded and did, in fact, regard themselves as humanists. To them “humanism” meant restoring a human dimension to the arts, science, and philosophy, whereas for hundreds of years these disciplines had been subservient to religion, which at the time was also riddled with superstition. However, all these pioneers of modern humanism each still proclaimed personal belief in God.

Secular humanists maintain that any belief in God or religion is irrational and therefore has no place in their worldview.

The secular humanism of today is quite different. Secular humanists maintain that any belief in God or religion is irrational and therefore has no place in their worldview. They believe that the natural is all there is?that there is no such thing as the supernatural; therefore man is his own god.

Humanists are also usually ardent apostles of evolution. The irony of this is that evolution is being continually proven to be a belief system and not?as secular humanists maintain?”science.” It is a belief in the unseen, because the processes of what is more correctly called “macroevolution”?the evolving of one species into another?and evidence for it, remain as invisible to the human eye as the spiritual world. The big difference, though, is that the processes and evidence for macroevolution are non-existent, whereas the spirit world is real and vibrant. More and more honest scientists are coming forward to proclaim that evolution has all the characteristics of a religion, a fact that makes the secular humanist as irrational in his belief as the religious person he so likes to ridicule.

Secular humanists believe that humans can solve their own problems. They also believe that religion has been the cause of much of the world’s problems. However, if you look at the institutions and people who are devoted to helping humanity, you will find that many or most are motivated at least in part by religious beliefs. Secular humanists are also fond of repeating the argument that religion is the cause of all wars. Although through the centuries some may have cloaked their motives for war in religion, the real reasons wars are fought are for territory and loot.

A belief in God or the divine has been considered an important part of human knowledge until recent times. In the last few generations atheism has gained a great following. It would seem that people would learn from recent history and the horrors that were committed by those who professed no belief in God. The last hundred years are awash with blood, much of it spilled by avowed anti-religious regimes?regimes that placed the belief that man was evolving into perfection at the center of their ideology.

How does this fit in with the Endtime? The Bible states that “scoffers will come in the last days, walking according to their own lusts, and saying, ‘Where is the promise of His coming? For since the fathers fell asleep, all things continue as they were from the beginning of creation.’ For this they willfully forget: that by the Word of God the heavens were of old” (2 Peter 3:3-5), and “that Day [of Jesus’ Second Coming] will not come unless the falling away comes first. Because they did not receive the love of the truth ? God will send them strong delusion, that they should believe the lie” (2 Thessalonians 2:3,10-11).

The adherents of secular humanism have had their hands on the controls for many years now, and their record is not good.

At the other extreme there are people who profess religion?even a belief in Jesus Christ?but whose actions belie their words, their lifestyle and governance being as different from what Jesus lived and taught as night is from day. Even the most casual observer could not help but notice that Jesus’ admonition to “love your enemies, bless those who curse you, do good to those who hate you” (Matthew 5:44) has no place in these supposedly Christian leaders’ belief systems.

So where does that leave us? Well, that fulfills another verse about the Endtime?this time one of Jesus’ own predictions in His famous discourse on the signs of the End which is recorded in Matthew 24. “And because lawlessness will abound, the love of many will grow cold” (Matthew 24:12).

And what are we to do? We are to be God’s witnesses, His agents of truth and salvation, now and till the very End, so that the verses that immediately follow can also be fulfilled: “But he who endures to the end shall be saved. And this Gospel of the kingdom will be preached in all the world as a witness to all the nations, and then the end will come” (Matthew 24:13-14).

Secular Humanism and its Place in the Endtime
http://endtimeinfo.com/2011/01/secular-humanism-and-its-place-in-the-endtime/
anti-religiousatheismevolutionhumanistsscience
Previous ArticleMore on The Rise of the AntichristNext ArticleSecular Humanism