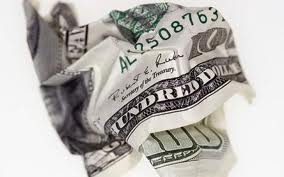 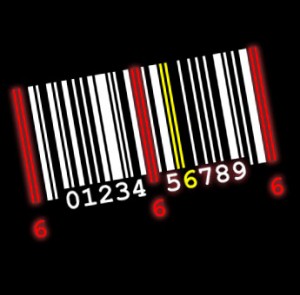 New technology for a cashless society is marching right in step with other moves toward the coming Antichrist world government. We often hear about the “New World Order” and the “global community”–buzzwords that are helping prepare the world for a new international financial and political system, a society controlled by networked computers containing a database of information on nearly everyone–as Revelation chapter 13 appears to have predicted nearly 2,000 years ago!

The switch to electronic commerce has been slow and gradual. People like the speed and convenience of electronic commerce, but they are also comfortable with the way things have been all their lives. For hundreds of years, the world has operated on cash–bills and coins that are tangible and give people a sense of truly possessing. In that respect, the world hasn’t changed much in thousands of years, since coins were first minted. Many people are still uneasy with the idea of a computerized card or chip linking them to their invisible wealth. Cash is still the way.

As the time draws nearer, the Antichrist must speed up the move toward a cashless economy by proving to the world that it needs his “mark of the Beast” or “666” financial system (Revelation 13:16-18). To do that, he will use crisis after crisis in the nations of the world. One will be a nearly global economic crash–the recession of all recessions. He will use this crash to overcome the inertia of the status quo. Without such radical intervention, people change their ways too slowly to suit his purposes and fit his time frame.

The Antichrist will also prepare the world for it in other ways–through wars, civil disorders, and fears of such things as terrorism and epidemics of new, incurable diseases. All these happenings will make people desperate for change. Eventually they will be ready to toss out the old and embrace the new. It’s already happened in a big way in the area of technology, and is now happening with commerce.

The Antichrist will introduce a new monetary system, whereby he will profess to fix the world’s economic woes. Those who want to be a part of his new economy and society will be compelled to receive the “mark of the Beast” in their hand or forehead–probably in the form of a tiny computerized chip bearing all their personal, financial, and medical information. Big Brother and the New World Order will thereby be able to monitor everyone’s every move.

In fact, a few people have already taken the step of receiving computer chip implants. Chipping of people began quietly in the U.S. in May 2002, with the chipping of the Jacobs family. This otherwise normal family of four and several other volunteers had unique identifier chips–VeriChips–injected under their skin. The VeriChip, produced and marketed by Applied Digital Solutions, is about the size of the tip of a ballpoint pen and can be read by a handheld VeriChip scanner. How long will it be till this chipping of people becomes the norm and widely used to facilitate daily business such as shopping and banking?

One thing is certain: A global cashless economy and a totally monitored and controlled society are in the making. Fiber optics, satellites, and computer databases have the potential to control the world in a way that boggles the imagination.

Many governments and private corporations worldwide are already pursuing policies to eliminate cash and checks, while many other countries are testing various methods of doing business without physical currency.

The town of Swindon, England, started to go cashless in July 1995. In a joint venture, the National Westminster and Midland banks and British Telecommunications test-marketed a plastic/silicon cash substitute. This system uses Mondex cards that are similar to ATM cards, but contain sophisticated computer chips. Monetary transfers can be done by phone or a small wireless device called a “wallet.”

France moved one step closer to a cashless future with a nationwide launch in 2003 of computerized “smart cards,” dubbed “Moneo”. The idea behind this new breed of microchip-embedded plastic card is simple–to dispense with pocket change and speed smaller transactions.

In Japan, 650,000 electronic purses known as “Edy cards” are in circulation and can be used at about 2,100 stores, mainly in the Tokyo area. The plan is for these cards, which store the bearer’s financial information, to eventually be used anywhere. What makes these different from credit or debit cards is that they do not need to be swiped through a card reader and the bearer’s identity doesn’t need to be verified by a cashier. All the bearer has to do is hold the card up to a sensor that reads the information.

A similar card system is required for all public transportation and parking in Taipei, Taiwan.

Prosperous Singapore is planning to do away with “old-fashioned money” by 2008.

“[The Antichrist’s government] causes all, both small and great, rich and poor, free and slave, to receive a mark on [or in] their right hand or on [in] their foreheads, and that no one may buy or sell except one who has the mark or the name of the beast, or the number of his name” (Revelation 13:16-17). For the first time, the hi-tech means of fulfilling the chilling vision the apostle John received nearly 2000 years ago is here!

Are you ready for these great and final events of the end? You can get ready now by receiving Jesus into your heart and taking time to study what the Bible has to say about Endtime events, including the coming Antichrist world dictatorship. Then you won’t be caught by surprise when they happen, or duped into following the Antichrist.