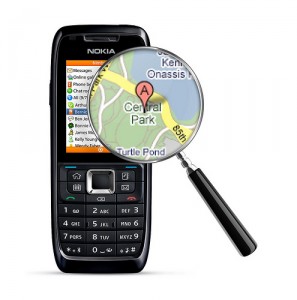 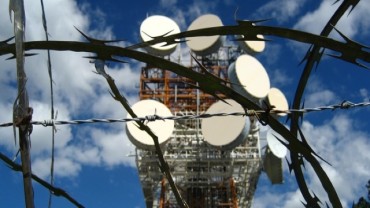 Smart phones do many things these days: surf the Internet, send e-mail, take photos and video (and?oh, yes?send and receive calls). But one thing they can do that phone companies don?t advertise is spy on you. As long as you don?t leave home without your phone, that handy gadget keeps a record of everywhere you go?a record the government can then get from your telephone company.

The law is unclear about how easy it should be for the government to get its hands on this locational data?which can reveal whether you?ve been going to church, attending a Tea Party rally, spending the night at a date?s house or visiting a cancer-treatment center. A federal appeals court ruled last week that in some cases the government may need a search warrant.

When you carry a cell phone, it is constantly sending signals about where you are. It ?pings? nearby cell-phone towers about every seven seconds so it can be ready to make and receive calls. When it does, the phone is also telling the company that owns the towers where you are at that moment?data the company then stores away indefinitely. There is also a second kind of locational data that phone companies have, thanks to a GPS chip that is embedded in most smart phones now. This is even more accurate?unlike the towers, which can only pinpoint a general area where you may be, GPS can often reveal exactly where you are at any given moment within a matter of meters.

There are some good reasons for this, which is why the government is actually forcing the phone companies to do a better job of knowing where you are. In the name of improving emergency services, the Federal Communications Commission will require phone companies to meet benchmarks in 2012 for how closely they can pinpoint a caller?s location. ?About 90% of Americans are walking around with a portable tracking device all the time, and they have no idea,? says Christopher Calabrese, a lawyer with the American Civil Liberties Union?s Washington, D.C., office.

Not surprisingly, law enforcement has found this sort of data extremely handy. Prosecutors are increasingly using cell-phone records to show that a suspect was near the scene of a crime?or not where he claimed to be.

The Federal Government?s position is that it should be able to get most of this data if it decides it is relevant to an investigation, with no need for a search warrant. If the government needs a warrant, it would have to show a judge evidence that there was probable cause to believe that the cell-phone user committed a crime?an important level of protection. Without this requirement, the government can get locational data pretty much anytime it wants.

It is not hard to imagine that the government could also one day use cell-phone data to stifle dissent. Cell-phone records could tell them who attended an antigovernment rally. It could also tell them who is going into the opposition party?s headquarters or into the home of someone they have questions about. Cell-phone data may be the most efficient way ever invented for a government to spy on its people?since people are planting the devices on themselves and even paying the monthly bills. The KGB never had anything like it.

And, indeed, the U.S. government already appears to be sweeping up a lot of data from completely innocent people. The ACLU recently told Congress of a case in which, while looking for data on a suspect, the FBI apparently used a dragnet approach and took data on another 180 people. The FBI has said that if it does happen to gather data on innocent people in the course of conducting an investigation, it keeps that information for as long as 20 years.

Last week, the Philadelphia-based U.S. Court of Appeals for the Third Circuit pushed back. A federal magistrate judge, in a good and strong decision, had ruled that the government must always get a warrant if it wants cell-phone data. The appeals court scaled that back a bit, ruling that magistrate judges have the power to require the government to get a warrant, depending on the facts of the particular case.

The fight over cell-phone tracking is similar to one now going on in the courts over GPS devices?specifically, whether the government needs a warrant to place a GPS device on someone?s car. (The courts are sharply divided on the question.) Cell-phone tracking is of far bigger consequence, however, because there is a limit to how many GPS devices police are going to put on cars. Nine out of 10 of us have cell phones that will do the tracking for the government.

What Your Cell Phone Could Be Telling the Government
http://endtimeinfo.com/2011/01/what-your-cell-phone-could-be-telling-the-government/
police statespyingsurveillancetracking
Previous ArticleWhy Are The Chinese Gobbling Up Gold Like There Is No Tomorrow?Next ArticleA Brave New Dystopia