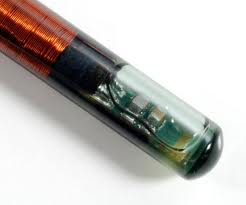 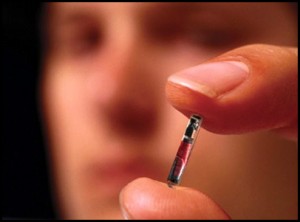 The book of Revelation predicts that before Jesus’ return a world dictator known as the Antichrist will rise to power and rule for seven years. He will abolish all religions and insist that the world worship him. He and his chief minister, whom the book of Revelation refers to as the “false prophet,” will also institute the “mark of the Beast” in an effort to exercise total economic and political control.

The mark of the Beast will begin to be enforced halfway through the Antichrist’s seven-year rule, at the beginning of the Great Tribulation. That conclusion is based on the following Bible passages:

“He [the false prophet] causes all, both small and great, rich and poor, free and slave, to receive a mark on [or “in,” as in the King James translation] their right hand or on their foreheads, and that no one may buy or sell except one who has the mark or the name of the Beast, or the number of his name. Here is wisdom. Let him who has understanding calculate the number of the Beast, for it is the number of a man: His number is 666″ (Revelation 13:16-18).

We also know that the Antichrist will sign a seven-year pact or covenant, which he will break at the halfway mark: “Then he shall confirm a covenant with many for one week [seven years]; but in the middle of the week [3? years] he shall bring an end to sacrifice and offering” (Daniel 9:27).

Next, we know that after the Antichrist breaks the covenant his false prophet will erect something called the “abomination of desolation” in the “holy place”?presumably in or near the soon-to-be-rebuilt Jewish temple on Mount Moriah, in Jerusalem. “Forces shall be mustered by him, and they shall defile the sanctuary fortress; then they shall take away the daily sacrifices, and place there the abomination of desolation” (Daniel 11:31).

Five hundred years after Daniel gave that prophecy, Jesus’ disciples asked Him what would be the sign of His return and of the end of the world, and Jesus cited this development, among others. “When you see the ‘abomination of desolation,’ spoken of by Daniel the prophet, standing in the holy place ? then there will be great tribulation, such as has not been since the beginning of the world until this time, no, nor ever shall be. ? Immediately after the tribulation of those days ? they will see the Son of Man [Jesus] coming on the clouds of heaven with power and great glory” (Matthew 24:15,21,29-30).

This brings us back to our opening passage, Revelation 13:16-18, about the false prophet enforcing the mark of the Beast economic system, under which no one will be able to buy or sell without the mark. Again, it seems fairly certain that this will begin to be enforced halfway through the Antichrist’s seven-year rule, at the beginning of the Great Tribulation.

At this point we can only speculate what form this mark will take, but it could very well be a tiny computer chip or radio frequency identification tag (RFID) that is implanted under the skin and linked to a database containing the bearer’s personal and financial information.

How far away is this? It’s impossible to say just yet, but considering the present rate at which technology is advancing, it could happen soon. For nearly 2,000 years, ever since the apostle John wrote this passage about the Antichrist’s worldwide economic system, such a thing had been inconceivable. Now, with computers and the Internet, electronic banking, and the increasing globalization of the world’s markets and economies, it’s not so inconceivable after all! In fact, it looks like the logical next step?and that’s what the Antichrist is counting on.

With the VeriChip and RFIDs receiving more widespread use and publicity, the campaign to sell the world on the chip implant idea is underway. The technology needed to carry out the Antichrist’s plan for worldwide economic control, however, is not yet in place. He cannot control the buying and selling of the entire world until there is an integrated electronic banking network with common, universal standards. That’s in the future, but considering how rapidly things are moving in that direction, it may be the relatively near future.

1 VeriChip is a rice-size injectable microchip. It is a product of the U.S.-based company Applied Digital Solutions, and is already being used to monitor children, convicts, pets, Alzheimer’s patients, and others, as well as to provide ID in government agencies and trendy nightclubs and resorts. Other applications are sure to follow.