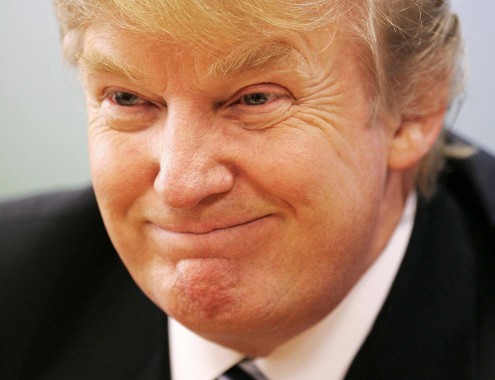 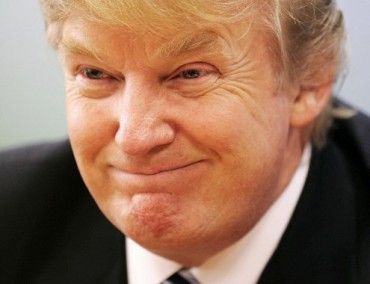 In a shocking new interview, Donald Trump has gone farther than he ever has before in discussing a potential economic collapse in America.  Using phrases such as “you?re going to pay $25 for a loaf of bread pretty soon” and “we could end up being another Egypt”, Trump explained to Newsmax that he is incredibly concerned about the direction our economy is headed.  Whatever you may think of Donald Trump on a personal level, it is undeniable that he has been extremely successful in business.  As one of the most prominent businessmen in America, he is absolutely horrified about what is happening to this nation.  In fact, he is so disturbed about the direction that this country is heading that he is seriously considering running for president in 2012.  But whether he decides to run in 2012 or not, what Trump is now saying about the U.S. economy should be a huge wake up call for all of us.
Trump says that the U.S. government is broke, that all of our jobs are being shipped overseas, that other nations are heavily taking advantage of us and that the value of the U.S. dollar is being destroyed.

Now, you may or may not think much of Donald Trump as a politician, but when a businessman of his caliber starts using apocalyptic language to describe where the U.S. economy is headed perhaps we should all pay attention.

The following are 12 key quotes that were pulled out of Trump’s new interview along with some facts and statistics that show that what Trump is saying is really happening.

#1 “If oil prices are allowed to inflate and keep inflating, if the dollar keeps going down in value, I think there?s a very distinct possibility that things could get worse.”

Donald Trump is exactly right – we are headed for big trouble if we continue to allow the Federal Reserve to pump hundreds of billions of new dollars into the system.  As I have written about previously, all of this new money will give us the illusion of short-term economic growth and it will pump up the stock market, but in the end all of the inflation the new money is gong to cause is going to be very painful.  Just look at how rapidly M1 has been skyrocketing over the last couple of years.

Is there any way that we are going to be able to avoid paying a very serious price for all of this reckless money printing? 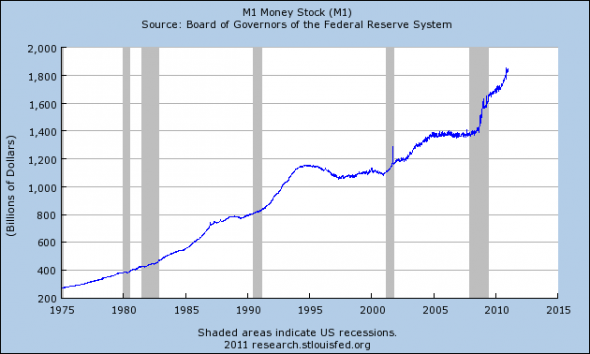 Already all of this money printing has had a very serious affect on world financial markets.  The price of agricultural commodities is skyrocketing and the price of oil has almost reached $100 a barrel once again.  The last time that the price of oil soared above $100 a barrel was in the early part of 2008, and we all remember the horrific financial collapse that followed in the fall of 2008.

#2 “….you?re going to pay $25 for a loaf of bread pretty soon. Look at what?s happening with our food prices. They?re going through the roof. We could end up being another Egypt. You could have riots in our streets also.”

Approximately 3 billion people in the world today live on the equivalent of $2 a day or less, and most of that money ends up getting spent on food.  When food prices go up 10 or 20 percent in deeply impoverished areas of the globe, suddenly the lives of millions are threatened.  The riots that we have seen in Egypt, Algeria, Tunisia and other nations recently were not entirely caused by rising food prices, but they were certainly a big factor.

Investors run to gold and other precious metals when they don’t feel secure.  We saw that happen a lot in 2010.  As confidence in the paper currencies and the financial systems of the world has rapidly diminished, precious metals have become increasingly attractive.

In fact, the price of gold has doubled since the beginning of the economic downturn in 2007.  As the global financial situation continues to become more unstable, the demand for precious metals is likely only going to become more intense.

#4 “The banks have really let us down. Number one, they did some bad things and caused some bad problems. Number two, if you have something that you want to buy, like a house, they?re generally not there for you.”

Banks were given massive bailouts with the understanding that they would open up the vaults and start lending money to average Americans again.

Well, that has not happened.

In particular, it has become much, much harder to get a mortgage in the United States today.  Not that the big banks didn’t need to make changes to their lending practices, but things have gotten so tight now that it is choking the real estate market to death.

Our lack of a cohesive energy policy is a national disgrace.  There is no way in the world that a gallon of gas should be $3.50 a gallon.

The U.S. has massive reserves of oil and natural gas that it should be using.  In addition, the lack of progress on developing alternative energy sources in light of our sickening dependence on foreign oil is very puzzling.  We should be very far along towards solving our energy problems by this point.

Meanwhile, we keep pouring billions into the pockets of foreign oil barons every single month.  Unfortunately, Trump was exactly correct in the interview – if something is not done the price of gas is going to keep going higher.

#6 “I think the biggest threat is that our jobs are being stolen by other countries. We?re not going to have any jobs here pretty soon.”

Donal Trump is one of the few prominent leaders that is openly speaking the truth about the predatory economic practices of some of our “trading partners”.  Most of our politicians have just kept endlessly promising us that free trade is “good for us” even as tens of thousands of factories and millions upon millions of jobs have been shipped overseas.

Yes, computers and robots have replaced a lot of manual labor today, but technology does not account for most of the decline we have seen in manufacturing.

#7 “We’re like a whipping post for other countries. We are standing there and just being beaten by South Korea, by Mexico, by China, by India.”

Most Americans have absolutely no idea how lopsided many of our “trade agreements” actually are.  Other nations openly manipulate their currencies in order to keep their exports dirt cheap and we allow it.  Other nations openly subsidize their domestic industries that are directly competing with businesses in the United States and we don’t complain.  Other nations make it incredibly difficult for American companies to do business in their countries while we allow foreign corporations to come on in and do pretty much whatever they want here.

Meanwhile, our economy continues to bleed jobs at a staggering pace.  The number of net jobs gained by the U.S. economy during this past decade was smaller than during any other decade since World War 2.

Fortunately, more Americans than ever seem to be waking up and are realizing that globalism is causing many of these problems.  A NBC News/Wall Street Journal poll conducted last year discovered that 69 percent of Americans now believe that free trade agreements have cost America jobs.

#8 “All of our jobs are going to China. We?re rebuilding China and other places.”

China is doing great.  China is now the number one producer in the world of wind and solar power.  They now possess the fastest supercomputeron the entire globe.  China also now has the world’s fastest train and the world’s biggest high-speed rail network.

Most Americans don’t realize that China is literally kicking the crap out of us.

So when Donald Trump says that we are rebuilding China he is not joking around.

Nobel economist Robert W. Fogel of the University of Chicago is projecting that the Chinese economy will be three times larger than the U.S. economy by the year 2040 if current trends continue.

Yes, that is how serious things have become.

#9 “We are a laughingstock throughout the world.”

Donald Trump has said on several occasions that his friends and business partners in China just laugh and laugh at us.  They can’t even believe what they are getting away with.

We have become an incompetent giant that is the butt of all the jokes.

According to Stanford University economics professor Ed Lazear, if the U.S. economy and the Chinese economy continue to grow at current rates, the average Chinese citizen will be wealthier than the average American citizen in just 30 years.

Our formerly great industrial cities are slowly becoming ghost towns.  The number of long-term unemployed Americans is at an all-time high.  Tens of millions of Americans can’t even survive without government assistance anymore.  The number of Americans on food stamps set a new all-time record every single month during 2010, and now well over 43 million Americans are enrolled in the program.

We really have become a joke.

#10 “The federal government has no money.”

Unfortunately, our federal government has continued to borrow and spend like there is no tomorrow.

According to the Congressional Budget Office, the U.S. government will have the biggest budget deficit ever recorded (approximately 1.5 trillion dollars) this year.

So much for fiscal discipline, eh?

By 2015 our national debt will be somewhere in the neighborhood of 20 trillion dollars.

It is the biggest mountain of debt in the history of the world by far, and it is the gift that we are going to pass down to future generations of Americans.

If there are any future generations of Americans.

#11 “I hate what is happening to this country.”

The only way we can even keep going is to run around to the rest of the world and beg them to keep lending us more money.

The mainstream media keeps proclaiming that we are the greatest economy on earth, but the truth is that we are being transformed into a pathetic loser and our politicians are just standing there with their hands in their pockets letting it happen.

All red-blooded Americans should be horrified by what is happening to this nation.  We have been betrayed by corrupt and incompetent leaders.  As a nation, we have become fat, lazy and stupid.

Hopefully what Donald Trump and others are saying about a coming economic collapse will serve as a huge wake up call and the sleeping giant will arise once again.

If the sleeping giant does not arise, we are in a massive amount of trouble, because right now the road we are on is leading to the biggest economic collapse the world has ever seen.

Even Donald Trump Is Warning That An Economic Collapse Is Coming
http://endtimeinfo.com/2011/02/even-donald-trump-is-warning-that-an-economic-collapse-is-coming/
FEDfinancial crashgoldinflationoil
Previous ArticleThe Egyptian Tinderbox: How Banks and Investors Are Starving the Third WorldNext Article?Minority Report? May Come to Real World With Iris Recognition