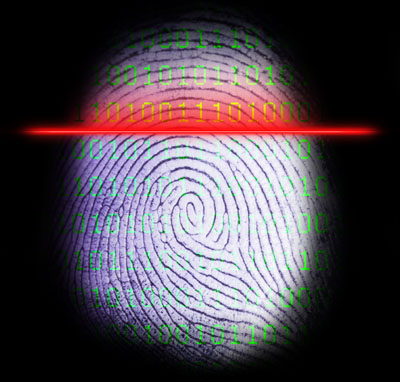 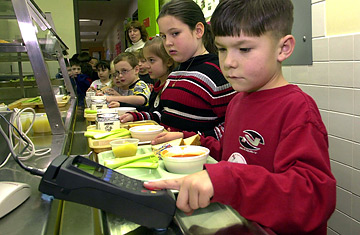 PUPILS at one of Camden?s top secondary schools may have to provide fingerprints to get their school lunches.

Scanners could be installed at Parliament Hill School in Highgate Road, Highgate, to speed up queues in the canteen.

Replacing the current swipe cards, the cashless system would use students? biometric data to record payments for school meals.

If approved, Parliament Hill will become the first state school in Camden to use the technology as part of students? daily routine.

Staff say it would save ?time and money? by tackling the problem of lost or broken cards, but critics argue that it is a ?softening up? exercise to condition children to accept a creeping surveillance society.

Aza Lorentz, a parent who wrote to the New Journal raising concerns over the proposals, said: ?The current photo ID card is sufficient, and it acts as lunch card as well as identity.

?Pupils could eventually have to sign in every time they use the library, enter or leave the school. I feel it is a way of making the younger generation more accepting of controlling technologies.? Judy Jenkin, another parent parent, added: ?I?d like to see how much it costs because there are other priorities and I don?t really see any problem with the ID cards. If it?s designed to speed up the lunch queue, the canteen is about the size of my front room so I don?t think it will solve the problem.?

Parents have been invited to Parliament Hill next week for a demonstration of how the system would work.

Cate Hart, director of operations at Parliament Hill, said the ?vast majority? of parents who responded to the consultation supported the use of the technology.

She added: ?Parents and students had expressed concerns about the speed of the lunchtime service, using swipe cards to pay for lunches. Cards get lost, damaged and forgotten, which results in frustration for students and catering staff at the tills.

?There will be inevitable concern about the ?use? of fingerprints, but the image of the fingerprint is taken from the scanner and turned directly into a ?number?, which is retained in the system.

?Images of the fingerprints are not stored on the system anywhere. The number cannot be turned back into a fingerprint.?

She added that governors will make a final decision based on all the consultation responses and comments from parents.

Students whose parents object will be able to opt out of the system.

The Department for Education (DfE) estimates about 30 per cent of secondary schools and 5 per cent of primaries across the country use biometric systems. But Terri Dowti, director of lobby group Action on Rights for Children, is concerned that these systems could be vulnerable to hackers.

A DfE spokesman said: ?Legislation will be introduced in the Freedom Bill to ensure that no children?s biometric data are taken, in schools or colleges, without parental permission. The Bill will give children the right to refuse to use biometric systems and will ensure that alternatives are provided for those who opt out of using biometric technology.?