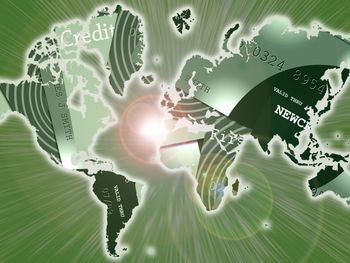 Are the ?prophets of doom? right? Is a major war going to erupt in the Middle East? Is the price of oil going to $200 a barrel? Is the price of gold going to hit $2000 at some point over the next two years? Is the Dow going to drop to 5000 by the end of 2012? Right now there are some very respected financial experts that are making some absolutely stunning predictions. Charles Nenner, Gerald Celente and Lindsey Williams are all frequent guests on popular television and radio shows and they are all forecasting very difficult economic times over the next couple of years. So are they right?

Well, only time will tell. But it really is quite alarming that so many experts with such long track records are warning of economic disaster.

So what exactly are some of these ?prophets of doom? predicting? Well, let?s take a closer look at some of them.

Charles Nenner, a former technical analyst for Goldman Sachs, tells Fox Business that he is projecting that a major war will start sometime around the end of 2012 and that the Dow is going to plunge all the way to 5000?.

Gerald Celente of the Trends Research Institute tells Fox News that he is expecting a tremendous amount of economic chaos over the next couple of years and that he believes that the price of gold will rise to $2000 at some point. For years Celente has been boldly proclaiming that ?the Greatest Depression? is heading our way and what he is saying now is quite alarming?.

Lindsey Williams tells Alex Jones that his high level contacts have told him that there is going to be tremendous chaos in the Middle East and that the price of oil is ultimately going to be in the neighborhood of $150 to $200 a barrel. Considering how correct Lindsey Williams has been in the past this is a very sobering warning?.

But Nenner, Celente and Williams are not the only ones that are warning that economic disaster is coming.Bill Gross is the manager of the biggest bond fund in the world, and he is acknowledging that his firm, PIMCO, is dumping all of their U.S. Treasury bonds. Gross has been concerned about the state of the world financial system for quite some time and now his firm has made a very bold move.

Legendary investor Carl Icahn is so spooked that he is booting all of the other investors out of his hedge funds. The following is how The New York Post recently described it?.

The 75-year-old shareholder agitator announced yesterday he was shutting off outside investors from his hedge funds and returning all of their money, claiming he can?t stomach the idea of clients suffering more losses after a brutal 2008.

A lot of people in the financial community are running scared right now and we haven?t even had anything really bad happen yet.

But many average Americans have a really bad feeling about where things are headed as well. A brand new Reuters/Ipsos poll found that 64 percent of Americans believe that the country is going in the wrong direction.

Of course regular readers of this column know that I have been discussing a coming economic breakdown for a long time now. There is simply no way that the current system can keep going indefinitely. We have been living in the greatest debt bubble that the world has ever seen, and that has enabled us to enjoy an unprecedented standard of living, but now a day of reckoning is fast approaching.

The entire global financial system is based on debt and speculation. A mountain of derivatives that is so large that it defies imagination is constantly hanging over our heads and could come crashing down at any moment. The entire continent of Europe is dealing with a major sovereign debt crisis that is growing worse by the day. The municipal bond market is also on the verge of total collapse. Now on top of everything else the price of oil is skyrocketing and that could cause a major economic slowdown all by itself.

The Federal Reserve and other major central banks have been doing their best to ?paper over? all of the financial problems, but the bailouts can?t last forever. At some point the Ponzi scheme is going to come to an end.

Once upon a time even if the rest of the world was having tremendous economic trouble everyone could still count on the U.S. economy to be a rock.

But that is no longer the case.

Every single month the U.S. government goes into even more debt, our state governments go into even more debt and our local governments go into even more debt. Meanwhile, thousands of factories and millions of jobs continue to be shipped out of the United States. Our economy is literally being hollowed out, and as Gerald Celente correctly points out, we are being rapidly deindustrialized. We have become a nation that consumes far more wealth than it produces. Every single month far more money goes out of the country than comes into it and this is draining our national wealth at an astounding pace.

The U.S. economy is becoming weaker with each passing day. Hundreds of cities and towns across the country have been transformed into ?economic dead zones?. Our leaders are trying to convince us that a higher level of unemployment is ?normal? now, but very few people are buying it. 44 million Americans are now on food stamps, and millions of American families are rapidly losing hope.

Financial disaster may strike in 2011, 2012, 2013 or at some point after that, but the truth is that it is coming. Our leaders can use all of their tricks to keep the balls in the air for as long as possible, but at some point they are going to fall.

So don?t dismiss men like Nenner, Celente and Williams. Their predictions may or may not turn out to be 100 percent accurate, but they are most definitely on to something.

Are the prophets of doom right?
http://endtimeinfo.com/2011/03/are-the-prophets-of-doom-right/
debteconomic collapsefinancial crashGerald Celentegoldoil prices
Previous ArticleShould We Be Alarmed That The Biggest Bond Fund In The World Has Dumped All Of Their U.S. Treasury Bonds?Next ArticleJapanese Nuclear Meltdown Means Detrimental Health Effects Worldwide