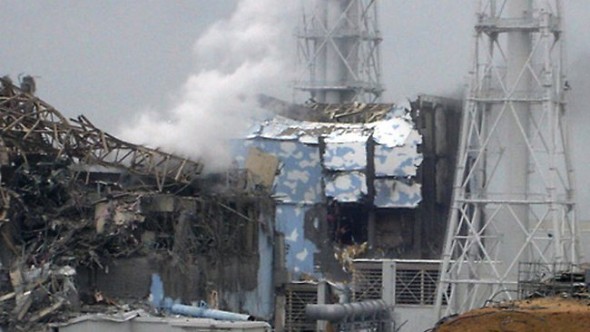 As the world awakes, Japan discloses another round of good news/bad news about the Fukushima crisis.

The good news: Reactors 5 and 6 went into stable condition on Sunday, after a successful cold shutdown, authorities said. The reactors at the power plant went into cold shutdown following restoration of cooling functions late Saturday.

Alas, 5 and 6 were never the issue to begin with. The same came not be said about reactors 1 through 4, where the bad news comes from this morning. According to the Japan Times, a risky venting of Reactor 3, which saw its pressure rising yet again, was being considered, which would see another release of radioactive gas into the environment. ?Pressure within the No. 3 reactor at the Fukushima No. 1 nuclear plant was rising at one point and Tepco considered releasing more radioactive gas into the environment to avert serious damage to the containment vessel, the nuclear safety agency said Sunday afternoon. Tokyo Electric Power Co. had considered releasing the contaminated steam directly into the environment, not through a ?suppression pool? as it did earlier in the crisis. The pressure needs to be lowered to protect the structural integrity of the reactor, and the first step is to open the valve on a pipe connected to the suppression pool. By going through the suppression pool, the reactor?s gas would liquefy and thus lower the pressure.?

And here is where the recent Operation Irrigation is now backfiring: ?But if the pool is already filled with water, a valve on the reactor itself would need to be opened and the radiation level of the released gas would be higher than with the first method, explained Hidehiko Nishiyama of the Nuclear and Industrial Safety Agency. ?Without water, there would be more radioactive substances in the gas released into the environment.?” In other words, the attempt (which some say is futile) to fill the containment pool with water is about to lead to another round of irradiation of the environment.

Nishiyama added that if the trickier option is used, it may be necessary to temporarily evacuate Tepco staff from the plant.

Amid concern that rain might soon fall in the area, Nishiyama stressed that the radiation level was not high enough to affect people’s health but urged people to avoid getting wet.

Tepco also revealed Sunday that one of its workers has been exposed to more than 100 milllisieverts while on-site.