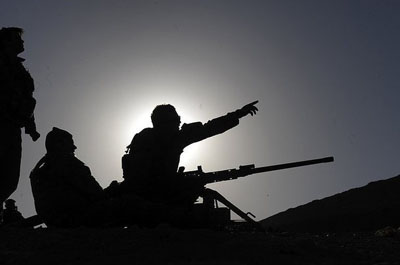 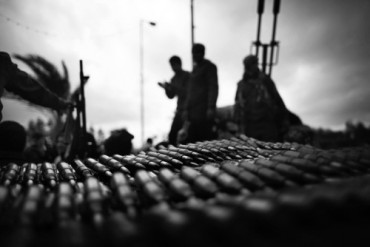 Where does one even start with this one: US launches air campaign against oil rich country under pretext of humanitarian intervention (while ignoring comparable events in Syria and Iran). US realizes it does not actually use Libyan oil, government runs out of money, hits debt ceiling, leading to decision to pull out of Libya after it is uncovered that CIA operatives had been laying the groundwork for a government overthrow for months, and a scramble to avoid Iraq deja vu ensues. US hands over military campaign to ragtag NATO force led by France. NATO “air superiority” force bombs rebel units; Libyan rebels lose previously held positions and oil wells. Libyan government on verge of repelling US and NATO forces, leading to… NATO runs out of ammunition. There is no point to even comment on this increasingly more surreal chain of events.

NATO is running short of precision bombs and other munitions in its Libyan operation against the forces of Libyan leader Moammar Gadhafi, The Washington Post reported April 15.

Citing unnamed senior NATO and U.S. officials, the newspaper said the shortage highlights the limitations of Britain, France and other European countries in sustaining even a relatively small military action.

The shortage of European munitions, along with the limited number of aircraft available, has raised doubts among some officials about whether the United States can continue to avoid returning to the air campaign, the report said.

So far, the NATO commander has not requested their deployment, The Post noted.

But several U.S. military officials said they anticipated being called back into the fight, the paper said.

Currently, only six out of 28 nations are conducting air strikes, while France and Britain carry out half of them. The other half are conducted by Belgium, Denmark, Norway and Canada.

Bottom line: this whole “plan” has been a total disaster from the beginning. And good luck Obama trying to sell a repeat US incursion in what even the idiot electorate now sees through as nothing than another Bush-like attempt to extract oil and implement Halliburton as the chief executive authority. That particular record has already been played.