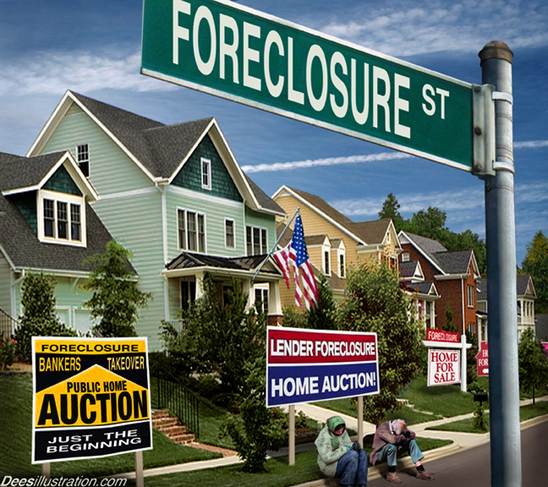 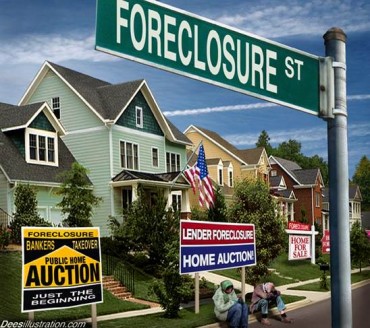 Yesterday?s so-called ?horror? show for the US economy with the release of new data illustrating how the economic ?recovery? has all but ground to a halt was met with feigned astonishment and shock by the establishment media, and yet for the past two years the public has been continually deceived about the true state of the financial system.

All the hot air about an ?economic recovery? has served to hide the fact that the United States is slipping back into a double-dip recession, if not a second ?great depression,? as market strategist Peter Yastrow told CNBC yesterday.

1) In 2009, when the media claimed the economic ?recovery? had begun, oil prices averaged $54 dollars a barrel. In the 24 months since, the cost has doubled. Americans are paying more and more to fill up at the pump with Goldman Sachs predicting that gas will hit $5 dollars a gallon by summer. This figure was already reached in Washington DC two months ago. Far from representing a ?recovery? this is in fact another crippling expense that many Americans people simply cannot afford.

2) The housing market has shown no ?recovery? whatsoever. The collapse in US house prices ?is now greater than that suffered during the Great Depression.? Prices have plunged by 33 per cent since 2007. Home ownership is at its lowest level for 20 years.

3) The collapse in home ownership has flooded the rental market, leading to massive inflation ?pushing up the cost of leases across the nation?s 38 million rented residences,? reports Bloomberg. Far from enjoying a ?recovery,? US citizens lucky enough not to be stuck in underwater mortgages are instead paying through the nose for rental inflation that represents a huge chunk of the overall consumer price index.

4) Food price inflation is also savaging Americans who are being browbeaten by the word ?recovery? while the cost of their groceries soars to unaffordable levels, forcing them to buy cheap unhealthy GMO crap or simply go hungry. Food prices in the US are climbing at the fastest rate since the 1970?s.

5) While Americans were being told to jump on the ?recovery? bandwagon and spend more money to reinvigorate the economy, their median incomes were plummeting. Americans are getting poorer. According to the U.S. Census Bureau, median household income in the United States fell from $51,726 in 2008 to $50,221 in 2009 and has been flat since, even as the cost of living continues to rise.

6) While the Federal Reserve points to GDP growth as evidence of recovery, citing figures of $700 million in growth from 2008-2011, the government had to borrow and spend $5.1 trillion just to attain that level. ?The Federal government borrowed and spent $5.1 trillion over the past four years to generate a cumulative $700 billion increase in the nation?s GDP. That means we?ve borrowed and spent $7.28 for every $1 of nominal ?growth? in GDP,? writes Charles Hugh Smith.

7) While the establishment media and the government pretends that US unemployment numbers are on the decline, the real unemployment figure stands at over 22 per cent. An even more alarming figure shows that fewer than 46 per cent of Americans actually have jobs, with employment rates in California and Arizona hovering around 37 per cent.

8 Along with almost all paper currencies, the dollar has drastically declined in comparison to commodities like gold and silver since the so-called ?recovery? began in 2009. At the bottom of the economic slump in the middle of 2009, the greenback was hovering around the $950 dollar an ounce level ? it is now well above $1500 and only soaring higher. A weakening dollar reduces Americans? buying power and makes them pay more for staple necessities like food and fuel as the cost of living skyrockets..

9) Far from staging a ?recovery,? US consumer confidence is now lower than during all the financial crises or tragedies of the last several decades. From the crash of ?87, to Enron, to 9/11, to the collapse of Lehman Brothers in 2008, Americans have never been so pessimistic about the economy.

10) Of course, the only people enjoying a financial ?recovery? are the Wall Street bankers and the financial terrorists who pulled the plug on the economy in the first place. Since its 2009 low of 7062, the Dow Jones Industrial Average has gained by almost 6,000 points. This means little to the average American that can barely afford to put food on the table, never mind invest in the stock market.

10 Reasons Why The ?Economic Recovery? Is a Fraud
http://endtimeinfo.com/2011/06/10-reasons-why-the-economic-recovery-is-a-fraud/
economic collapseinflationmortgagenational debtpovertyrecoveryUS debtUS economy
Previous ArticleDow Jones suffers biggest fall in a year as analyst says: ‘We’re on the verge of a Great Depression’Next ArticleMillions face food poverty as northern Europe is hit by worst drought in 35 years