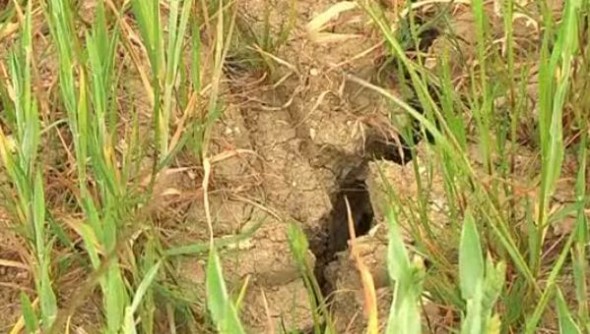 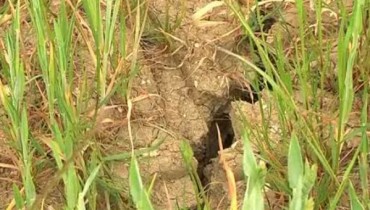 Bernard Maquis’s cattle would normally be grazing in the lush green pastures of the Limousin region in central France at this time of year. Instead, they are eating hay intended for the winter after months of drought that has turned the fields yellow.

He is wondering whether it might be better to sell his cows at a reduced price rather find himself without fodder by the end of the autumn. “I’m starting to sleep badly,” he said.

Mr Maquis is not alone. With Northern Europe facing its worst drought since 1976, politicians in the West are expecting protests from farmers, consumer discontent and a strain on budgets.

Third World nations are braced for riots as Europe’s heat wave creates a rise in food prices and drives millions deeper into poverty.

“We are in a situation of crisis and of crisis management,” said Nathalie Kosciusko-Morizet, the French Ecology Minister.

Meteorologists say that Northern Europe has had 50 per cent less rain than normal over the past two months, while temperatures have been 4C higher than usual.

In France, water restrictions have been implemented across more than half of the country and the drought is already comparable to 1976, when a heat wave wrecked the annual harvest.

The difference, according to Michele Blanchard, an engineer in the climatology division of Meteo-France, the French weather office, is that “in 1976 the high temperatures came in June, not in April”.

Germany has had twice as many hours of sunshine as it would normally expect in the spring. Some German regions have had just 5 per cent of their standard rainfall. “We desperately need rain,” said Andrea Adams, spokeswoman for the Farmers’ Association in Rhineland-Palatinate in Germany.

She said that the wheat was yellow, the sugar beet had barely grown at all and the rye was “curling up and dying”.

In the Limousin, Mr Maquis said that the corn to fatten his cattle in the winter should be 20cm high by now. “But it’s just vegetating,” he said, raising the prospect that he will have to buy in fodder. “But at the price we have to pay, it’s not even worth trying. We may as well just shut up shop.”

With breeders across France beginning to sell animals they cannot feed, protests are under way. In southwest France, farmers blocked roads to a motorway for several hours last week after they failed to obtain temporary permission to take water from rivers.

The French Government has asked Brussels to pay $948 million in European Union aid several months early. But the French farmers’ union also wants the State to underwrite interest-free loans to help “les agriculteurs” through the summer.

In Belgium, the Flanders regional council said that it would pay farmers EU aid out of its budget and then claim the money back from Brussels. But finding $332 million is proving difficult.

In France, bakers’ unions are predicting a 5c increase in the cost of baguettes, while in North Rhine-Westphalia, the German region, tomatoes are 26 per cent more expensive than last year. Governing parties fear that the rises will create anti-government sentiment that extreme movements will exploit.

With droughts also reported in China and southern US states, the Food and Agriculture Organisation of the UN fears rioting in poor countries. Officials said that the global price of cereals had risen 71 per cent over the past 12 months, and while Moscow will lift a ban on exports of wheat, barley, rye, corn and flour introduced during the heat wave last summer, it may provide only temporary relief.

Europe’s nuclear industry said that it may have to shut down some riverside reactors if water levels became too low, while champagne vineyards said that they would harvest grapes in August rather than September as usual.

Millions face food poverty as northern Europe is hit by worst drought in 35 years
http://endtimeinfo.com/2011/06/millions-face-food-poverty-as-northern-europe-is-hit-by-worst-drought-in-35-years/
droughtextreme weatherfaminefood crisisfood riots
Previous Article10 Reasons Why The ?Economic Recovery? Is a FraudNext ArticleChina Has Divested 97 Percent of Its Holdings in U.S. Treasury Bills