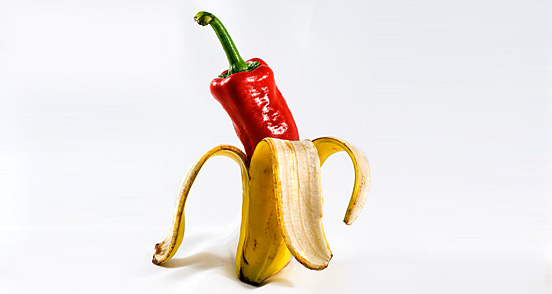 Pandora’s Box has surely been opened. A dangerous genetic experiment has come out of the shadows, and the human-animal hybrids, chimeras and other transgenic clones it has yielded now threaten to endanger and irrevocably alter life as we know it.

The controllers of elite-funded science and R&D have wantonly tampered with the genetic code of the planet, ignoring the rather obvious dangers posed by cross-species experimentation and flagrantly jeopardizing the earth?s delicately-balanced biodiversity.

Fresh revelations about a ?secret lab? program in the UK admittedly ongoing “for the last three years” that developed such bestial-hybrids only serves to reinforce our available data concerning the fact that genetically-modified laboratory creations are fast spinning out of control. Now the biotech industry has unleashed these Franken-breeds into the world under the auspices of monopolizing some of the most important and dangerous developments in Agra, Pharma and Medical research for the 21st Century. Their GM ?solutions? to life?s challenges promise lucrative returns, as we reported earlier today, due royalties on their patented gene-expressions.

Transgenic clones, created by deleting-and-replacing DNA sequences to create a cross-species hybrid (xenotransplantation) that is then grown in a host egg, are fast becoming a pet-project of corporate science that offers to fulfill ?Pharming?s? promise of replacement organs for ailing humans, industrial and pharmaceutical applications of artificial-protein production, and the hope of successful outlets for artificial fertilization & human cloning in an age of increasing sterility and infertility. However, it is these man-made creations that pose the greatest risks? including contamination, proven links to sterility in offspring and risks of cancer. Many clones, including the world?s famous first-cloned sheep, Dolly, have had conspicuously short lives and bad health. Arthritis, breathing problems and more have plagued their existence, while hundreds of embryos fail in cultivation for each successful clone. Still others die in the womb after only days, yet these entities are trusted to fulfill humanity?s betterment.

In particular, mixing the human genome with that of various ?useful? animals crosses the extremely risky bridge formerly separating many beast-borne diseases from those that typically affect humans, or plant species for that matter. The contagion of mixing unrelated species like mammals and jellyfish genes gives the opportunity for unforeseen consequences and uncontrollable mutations. Further, many genes which scientists have previously believed to be equivalent have proven to behave differently when transplanted into foreign DNA sequences. Additionally, lack of recognition or compensation for pleiotropic genes (where a single gene gives expression for multiple traits) makes some of the consequences unforeseeable, yet predictably dangerous. 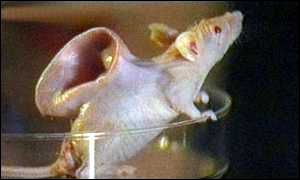 Grotesque experimentation, iconically portrayed for more than a century in globalist H.G. Wells? The Island of Dr. Moreau, has now come to life? growing human ears on the backs of mice, harvesting human-marked organs from cows, pigs and other host-species, synthesizing strategic proteins in host-milk production and other seemingly-sci-fi applications? paving the way to future biotechnology. Creations like spider-goats are raised in contradiction to nature?s laws, all in the name of reaching industrial production of a stronger-than-steel protein from spider-silk that can create fibers for items like bullet-proof vests, sold directly to the military-prison-industrial complex, further feeding the total domination of mankind.

GMO species have become absolutely invasive, and their Doctors Frankenstein have unleashed them intentionally to wreck and destroy the native competing species. Crop contamination of non-GMO plants, combined with the genocidal effects of Terminator seeds is devastating to ordinary farmers. Consumption of GMO crops have proven ties in mice studies to sterility (shown to be delayed until the second or third generation) as well as cancer and other issues.

Powerful globalists have declared themselves God, and seek to limit the complex expression of life with cheap carbon-copy clones that threaten to displace the genuine flora, fauna and other life on this planet. Not long ago, the world?s most prestigious scientists considered some 96% of DNA to be throwaway ?junk? with no genetic value. Now, in greater arrogance, they will make far greater mistakes as they pretend to understand the path to ?transhumanism? where man supposedly ascends to godhood through life extension. Humanity must stand up and say no before it is too late.