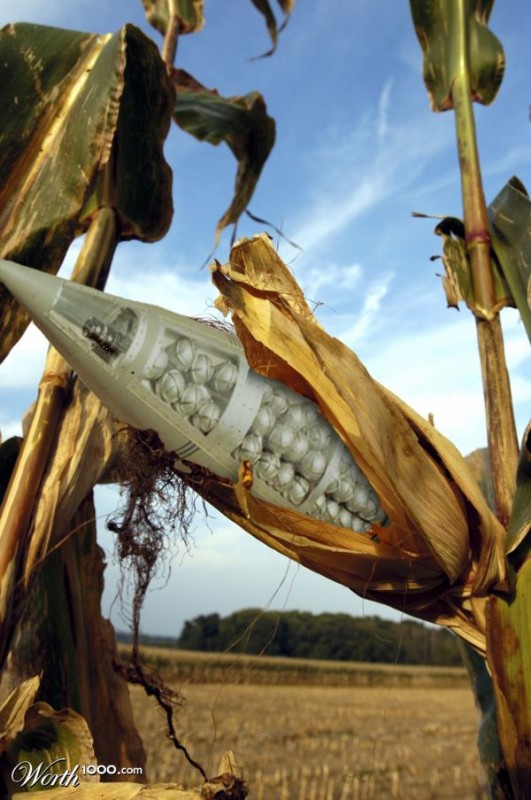 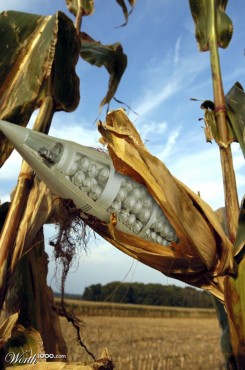 Did you know that today scientists are actually producing mice that tweet like birds, cats that glow in the dark, “monster salmon”, “spider goats”, cow/human hybrids, pig/human hybrids and even mouse/human hybrids? The very definition of life on earth is changing right before our eyes. Many scientists believe that genetic modification holds the key to feeding the entire planet and healing all of our diseases, but others are warning that genetic modification could literally transform our environment into a desolate wasteland and cause our world to resemble a really bad science fiction movie. For decades, scientists around the globe have been fooling around with DNA and have been transplanting genes from one species to another. But now technology has advanced so dramatically that just about the only thing limiting scientists are their imaginations.

The things you are about to read about below are truly bizarre. In recent years, science has really “pushed the envelope” and scientists all over the planet are quite eager to push it even farther.

But is genetic modification really safe? Just because we have discovered that we can do something does that mean that we should rush forward and do it?

Recent films such as “Splice” have highlighted some of the potential dangers of genetic modification, but most scientists don’t see any reason to be concerned.

In fact, in most countries scientists seem very eager to push regulators to allow them to go farther and farther. In quite a few countries there are very few boundaries left.

This is a point that I made in an article I authored for another blog called The Future….

At this point there are very few restrictions remaining on fields such as nanotechnology, biotechnology, synthetic biology, cloning and genetic modification. All over the world, scientists are feverishly combining different kinds of animals together, adding plant genes to certain animals, and even putting human DNA into plants and animals. Life as we know it is literally changing, and it is very hard to tell what the future is going to look like if all of this continues.

Sadly, most people have no idea what is going on out there. Most people believe that scientists only have our best interests at heart and that they would never do anything “weird” or “dangerous”.

Well, read the following examples of genetic modification below and decide for yourself whether or not things have gotten out of control.

The following are 10 signs that our world may be destined to resemble a really bad science fiction movie….

#1 In China, scientists have inserted human genes into the DNA of dairy cow embryos. At this point, approximately 200 hybrid cows have been successfully produced. These cows can produce milk that is virtually identical to human breast milk. The scientists hope to have huge herds of these cows producing an alternative to human breast milk soon, and they hope to have this “milk” sold in global supermarkets within 3 years.

#2 In Canada, scientists at the University of Guelph in the province of Ontario have produced what they are calling “enviropigs“. These “enviropigs” have had genes from mice spliced into them, and according to the scientists they produce less phosphorous in their poop so they are being touted as environmentally friendly. Authorities in both the U.S. and Canada are evaluating whether or not to allow these “enviropigs” into the food supply.

#3 Scientists in Japan have created a genetically modified mouse that tweets like a bird.

#4 One U.S. corporation can now produce a very muscular “monster salmon” which can grow up to three times as fast as normal salmon do.

#7 But Japan is not the only one doing this kind of research. In Missouri, entities that are part pig and part human are being grown with the goal of providing organs for human transplants.

#8 Scientists at Rockefeller University have injected human genes into mice. These “humanized mice” are being used to study the spread of the hepatitis C virus.

#9 U.S. scientists have discovered that they can actually “grow” new human organs from scratch. The following is a quote from a recent Newsweek article….

It might sound like science fiction, but growing new organs from scratch has already become reality. In addition to bladders, scientists have engineered new skin, bone, cartilage, corneas, windpipes, arteries, and urethras.

#10 Believe it or not, a company in Canada known as Nexia has actually taken goats and has genetically modified them to be part spider. The genetic modification process causes these “spider goats” to produce spider silk protein in their milk. This spider silk protein is collected, purified and spun into incredibly strong fibers. These fibers are apparently more durable than Kevlar, more flexible than nylon, and much stronger than steel.

Considering the fact that corn is literally in thousands upon thousands of our food products, there is a really good chance that you consumed some genetically modified food today.

Are you certain that it was safe?

Genetically modified crops have been linked to organ disruption in at least 19 different studies.

In addition, there is also an increasing body of evidence that suggests that genetically modified food actually alters our digestive systems.

Do we really know everything that we need to know about genetically modified food?

Perhaps we should have investigated all of this sooner. The truth is that once genetically modified crops get out into the wild it is just about impossible to put the genie back into the bottle.

A while back, a genetically modified strain of maize that was banned in the EU was accidentally sown all across Germany.

But once it got out there was no way of totally eliminating it. In fact, in many areas of the world genetically modified crop strains are breeding natural crop strains out of existence.

We are permanently changing the natural order of things.

Is that really a great idea?

Sadly, things are only going to become much more bizarre in future years.

DARPA’s current budget actually includes money that is allocated for the development of this kind of technology. Apparently the goal is to someday produce “super soldiers” with “edited DNA” and implantable microchips.

In this article I have only talked about the stuff that we know about and that is admitted in the mainstream media.

So what is going on out there that we don’t know about and that the mainstream media is not admitting?

In past decades, genetic engineering was extremely expensive and it was only done by top scientists.

Today, even college students are transplanting genes and creating new lifeforms. There seems to no longer be any taboo on monkeying around with the fabric of life. The field of “synthetic biology” is extremely hot right now and very small companies are “creating” new plants, new animals and even new microorganisms in garages and basements all over the globe.

So what will the future bring?

Will genetic modification enable us to feed the entire world and will it enable us to heal all of the horrible diseases which afflict us?

Or will genetic modification result in a nightmarish world where “man-made life” and twisted human-animal hybrid creatures are free to roam and breed?

Will our bizarre experimentation destroy the environment and turn this planet into a bizarre wasteland?

Only time will tell

Genetic Modification Gone Wild
http://endtimeinfo.com/2011/07/genetic-modification-gone-wild/
bioengineeringgenetic modificationGMOpestilence
Previous ArticleIs a U.S. Default Inevitable?Next ArticleMind-reading scientists predict what a person is going to do before they do it