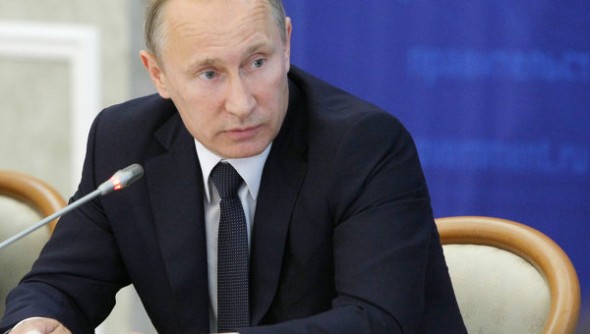 Russian Prime Minister Vladimir Putin accused the US of hooliganism on Monday over the US government’s efforts to ease its financial problems by injecting hundreds of billions of dollars into the economy.

“Thank God, or unfortunately, we do not print a reserve currency but what are they doing? They are behaving like hooligans, switching on the printing press and tossing them around the whole world, forgetting their main obligations,” Putin told a meeting of economic experts at the Russian Academy of Sciences.

Putin’s comments came in the wake of the completion of the US’ quantitative easing (QE) 2 program on June 30, in which the Federal Reserve bought $600 billion worth of its Treasury bonds. The Fed’s first round of QE, which ended in March last year, amounted to less than half the size of QE2.

The Russian authorities have said they would like to see a basket of currencies including the ruble replacing the dollar as the main reserve currency, although most analysts have said a more realistic target for Russia would be if the ruble became a regional reserve currency for the CIS.

Putin brands US as \'hooligans\' for printing money
http://endtimeinfo.com/2011/07/putin-brands-us-as-hooligans-for-printing-money/
dollarquantitative easingRussiaUS debt
Previous ArticleMind-reading scientists predict what a person is going to do before they do itNext ArticleItaly and Spain must pray for a miracle