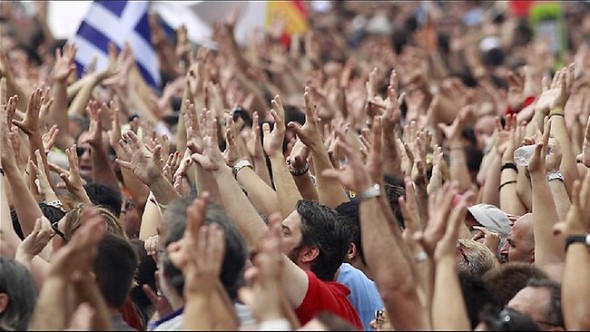 By Bob Chapman, via The International Forecaster 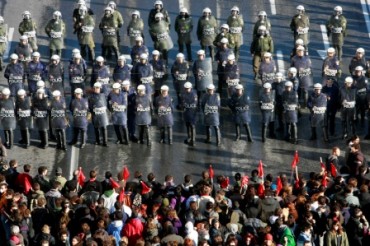 Greece and Europe are still in crisis as the European countries scramble for a solution. The fact is that ultimately Greece has to default. The banks and other nations of the euro zone should have never allowed the situation to progress to its current stage. As we have said over and over again for 13 years, one interest rate can never fit all, because each country is at a different stage of development. The very creation of the European Union and the euro zone flies in the face of anthropological and cultural history reaching back thousands of years. That said, the leaders of the EU cannot possibly save Greece and the other five nations in serious financial trouble and save the euro and the European Union simultaneously. It is simply impossible if for no other reason, which is the cost, which is $4 to $6 trillion. Eventually all six will have to be cut loose reducing the euro zone from 17 to 11 members, all of which will have to face eventually more trouble among the remaining weak members. Thus, it is only a matter of time before the euro is history. At least for now there will not be a euro as the basis for a one-world currency and the EU as the cornerstone for world government.

The problem is not only Greece, but also Ireland, Portugal, Spain, Italy and Belgium. They are all in financial situations similar to Greece. Once Greece goes they will all follow. They will leave the euro and leave behind a long string of insolvent banks and countries, which will negatively effect England, the US and the world. Greece and the others probably will take down the world?s financial system.

Spain will probably be the next failure, a country on the edge of revolution. Then will come Italy and Belgium. If you remember last May 2010 we predicted these events for the second half of 2011, and they are about to descend upon us. All you have to do is look at the video links from Spain from last week and you know where this is all going and how it is going to end up. Deliberate police brutality at its worst. They attacked and injured women and children for no reason and without provocation. Spain?s unemployment, among the young is 43%. That is explosive and it is going to get much worse.

Even China is not without its problems as world trade slows and unemployment rises. Those problems will affect all of Asia including Australia and New Zealand. As we have often said no nation on earth is going to escape this worldwide deflationary depression. We do believe though that some nations will fare much better than others.

On the short to intermediate term we expect these problems to produce a temporarily stronger dollar. The dollar for the moment being the best of the worst. In spite of this abnormal dollar strength we expect gold and silver to hit new highs and to outperform all other asset classes, as investors realize gold is the only real currency and that it will reflect the ravages of inflation and perhaps hyperinflation. The euro will fail and again the new world order crowd will have been defeated.

Any corporations involved in finance worldwide are going to go through perilous times and most will not survive. This next episode will make the last three years of credit crisis look like child?s play.