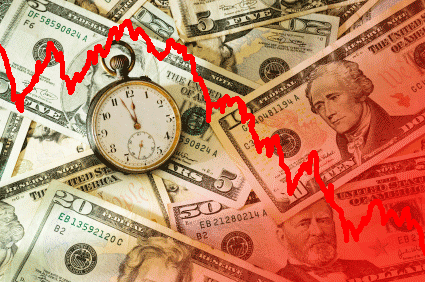 US is just three years away from becoming Greece

Former head of the Government Accountability Office and Comptroller General of the United States, David Walker has issued a stark warning following the compromise deal to raise the debt ceiling.

?We are less than three years away from where Greece had its debt crisis as to where they were from debt to GDP,? Walker highlighted in an interview with CNBC earlier today.

Greece?s ratio of debt to GDP has surpassed 100% and is heading towards 150%, a factor that has meant without bailouts from the EU and the IMF, the country would have defaulted.

The US is now nearing the same 100% margin with GDP growth floundering below 1%.

?We should recognize that this could be a leading indicator for us,? Walker said, adding that something must be done now to significantly restructure government spending if a major collapse is to be avoided in the future.

Walker, who has long spoken out against wasteful federal spending, urged that the nation should ?deal with the disease, instead of the symptoms,? adding that increasing the debt ceiling as well as federal budget deficits will inevitably lead to the same situation in the US as has been witnessed in Greece.

?Here?s the bottom line. If you take the total liabilities of the United States ? public debt, unfunded pensions, retiree health care, under funding with regard to social security, with regard to medicare, a range of commitments and contingencies ? as of September 30 2010 we would have had to have had $61.6 trillion dollars in the bank in order to be able to defease those obligations.? Walker explained.

?The fact of the matter is that government has grown too big, promised too much and waited too long to restructure. Our problem is overwhelmingly a spending problem.? Walker, now the head of the fiscal advocacy group the Comeback America Initiative, told viewers.

?Lets understand something very simple. If you have escalating deficits and mounting debt, that means you have to increase the debt ceiling limit at some point and it means absent structural reforms in entitlement programs, defense and other spending, those represent deferred tax increases.?

?Sign me up. I?m for that, however, look below that, open the hood, find out what?s there,? Walker added, noting that many on both the left and the right are making a ?proliferation of pledges? that are ?undercutting their duty of loyalty to the United States.?