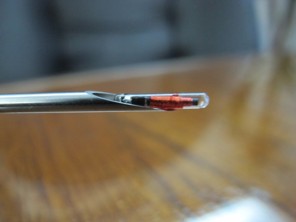 Of all the strange circumstances surrounding the violent abduction last year of Diego Fernandez de Cevallos, the Mexican power broker and former presidential candidate known here as ?Boss Diego,? perhaps nothing was weirder than the mysterious tracking chip that the kidnappers allegedly cut from his body.

Lurid Mexican media accounts reported that an armed gang invaded Fernandez?s home, sliced open his arm with a pair of scissors and extracted a satellite-enabled tracking device, leaving the chip and a streak of blood behind.

Fernandez was freed seven months later with little explanation, but the gruesome details of his crude surgery have not dissuaded thousands of worried Mexicans from seeking out similar satellite and radio-frequency tracking products ? including scientifically dubious chip implants ? as abductions in the country soar.

According to a recent Mexican congressional report, kidnappings have jumped 317 percent in the past five years. More alarming, perhaps, is the finding that police officers or soldiers were involved in more than one-fifth of the crimes, contributing to widespread perceptions that authorities can?t be trusted to solve the crimes or recover missing loved ones.

Under-the-skin devices such as the one allegedly carved out of Boss Diego are selling here for thousands of dollars on the promise that they can help rescuers track down kidnapping victims. Xega, the Mexican company that sells the chips and performs the implants, says its sales have increased 40 percent in the past two years.

?Unfortunately, it?s been good for business but bad for the country,? said Xega executive Diego Kuri, referring to the kidnappings. ?Thirty percent of our clients arrive after someone in their family has already experienced a kidnapping,? added Kuri,?interviewed at the company?s heavily fortified offices, opposite a tire shop in this industrial city 120 miles north of Mexico?s capital.

Xega calls it the VIP package. For $2,000 upfront and annual fees of $2,000, the company provides clients with a subdermal radio-frequency identification chip (RFID), essentially a small antenna in a tiny glass tube. The chip, inserted into the fatty tissue of the arm between the shoulder and elbow, is less than half an inch long and about as wide as a strand of boiled spaghetti.

The chip relays a signal to an external Global Positioning System unit the size of a cellphone, Kuri said, but if the owner is stripped of the GPS device in the event of an abduction, Xega can still track down its clients by sending radio signals to the implant. The company says it has helped rescue 178 clients in the past decade.

In recent years, all manner of Mexican media reports have featured the chips, with some estimating that as many as 10,000 people are walking around with the implants. Even former attorney general Rafael Macedo told reporters in 2004 that he had a chip embedded ?so that I can be located at any moment wherever I am.?