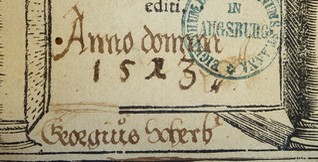 Australian education officials are working to remove any references of Christ in their school textbooks, which has caused an outrage in the country?s Christian community.

According to FOX News, the government is working to eliminate the usage of ?BC,? an acronym for Before Christ and ?AD? which stands for ?Anno Domini.? Instead, the new terms for usage in education texts would be ?BCE,? which would stand for Before Common Era, ?BP,? which would represent Before Present and ?CE? which means Common Era.

Although a spokesperson for the Australian Curriculum, Assessment and Reporting Authority told The Herald Sun that the change was a normal way to represent dates in history, the Christian community in the country views things differently.

The Australian Christian community is calling the move to banish “BC” from textbooks a ?Christian cleansing,? according to FOX radio.

Peter Jensen, Archbishop of Sydney, spoke to the Daily Telegraph about his thoughts on eliminating Jesus Christ from educational texts. Jensen called the move an ?intellectually absurd attempt to write Christ out of human history.?

Jensen explained that Christ was an important figure in history to all people.

?It is absurd because the coming of Christ remains the centre point of dating and because the phrase ?common era? is meaningless and misleading,? he said to the Sydney Daily Telegraph.

Fred Nile, a minister in New South Wales, told The Daily Telegraph that the announcement was a ?final insult? to Christians in Australia and ?an absolute disgrace.?

Nile said he feels the move is an attempt to remove any traces of Christianity from the country.

?The direction of the national curriculum is towards almost a Christian cleansing to remove from our history any references to the role Christianity had in the formation of Australia and still has today,? he told The Telegraph.

Anger in Australia as school books ?write Christ out of history?
http://endtimeinfo.com/2011/09/anger-in-australia-as-school-books-%e2%80%98write-christ-out-of-history%e2%80%99/
Bibleend timeJesus
Previous Article12 Things That We Can Learn From Hurricane IreneNext Article?The European Financial System Is Finished? In Quotes