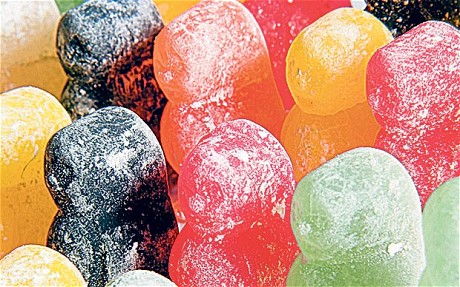 We may not have the appetite for human-derived gelatin but it has its health benefits, says Andrew Marszal 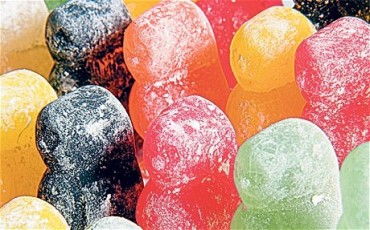 Reports last week that researchers could be just six months away from producing the world?s first artificial meat, using thousands of stem cells bred in a laboratory, sent a wave of fascination around the world. Yet there is an even more ghoulish prospect ahead: the idea of eating artificial food made from humans.

This may sound like science fiction, yet a new technique for making gelatin from human DNA is attracting ?increasing interest from research and industrial circles?, according to a new study by scientists from the Beijing University of Chemical Technology. The paper, published recently in the Journal of Agriculture and Food Chemistry, revealed that successful experiments had been carried out in which human genes were inserted into a strain of yeast to ?grow? large amounts of recombinant (genetically engineered) human gelatin.

Gelatin has a long history of use as a gelling agent by the food industry ? and, according to the journal?s publisher, the American Chemical Society, human-derived gelatin ?could become a substitute for some of the 300,000 tons of animal-based gelatin produced annually for desserts, marshmallows, candy and innumerable other products?.

There would be safety issues to consider. When an ice-cream parlour in London began selling flavours derived from human breast milk earlier this year, it was soon withdrawn for hygiene reasons. The Food Standards Agency said: ?There would be a restriction on the sale or import of this type of product, because it would require a pre-market safety assessment.?

However, scientists do not believe that the new gelatin product would pose any risk. ?There?s a very high degree of similarity between gelatin that comes from a cow, a pig, and a human,? explains Dr David Olsen, senior scientist at FibroGen, which specialises in recombinant gelatins. ?So due to their similarities, I can?t see why there would be a health risk to it. It?s a very similar protein to what people have been ingesting for many years.?

In fact, human-derived gelatin is already in use by the pharmaceutical industry in the manufacture of certain pills and vaccines. The highly controlled production techniques of the laboratory offer a more consistent product than ?traditional? gelatin, which is made from the bones and skin of pigs and cows. More broadly, human genes are used by pharmaceutical firms in the production of insulin for diabetics, human growth hormone, and erythropoietin, which is used to treat anaemia.

In fact, the Beijing University scientists believe their method offers many health advantages over animal-derived gelatin. Researchers from the Sapporo Medical University of Japan have reported an increase in allergic reactions to animal-derived gelatin in vaccines, but such a response to human material is less likely. Moreover, the risk of gelatin transmitting animal-borne diseases such as BSE would be eliminated.

It remains to be seen, however, whether there is an appetite for human protein among the wider public. Dr Gregory Kaebnick, of the US-based Hastings Center for bioethics and public policy, says the idea of human-derived gelatin ?appears to raise the question of cannibalism?, even though such concerns may be misplaced. ?The gelatin is not derived from human tissue in the same way that animal gelatin is,? he says. ?It?s really derived from yeast ? yeast that have been modified with genetic sequences found in human beings.?

This difference may help remove the taboo borne by human-derived food products. ?You really wouldn?t see it or recognise it,? says Dr Olsen. ?It would almost be part of whatever the food is, and you wouldn?t notice the difference.?

Either way, it won?t appear in the organic aisle any time soon.

Do you fancy a jelly baby made from human DNA?
http://endtimeinfo.com/2011/09/do-you-fancy-a-jelly-baby-made-from-human-dna/
bioengineeringcloninggenetic modificationGMO
Previous ArticleEU debt crisis being used to consolidate political controlNext ArticleLife After An EMP Attack: No Power, No Food, No Transportation, No Banking And No Internet