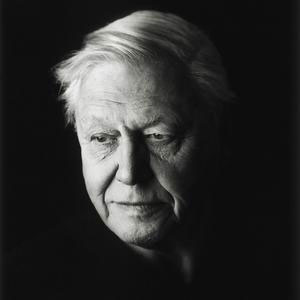 The majority of discoveries of the modern scientific era were made by people who believed the book of Genesis to be true. Does this not matter to education? Most of these scientists saw their work as not being separate from their faith in God and their acceptance of biblical truth. Should children not be taught that such discoveries were made entirely because of the scientists? belief in the truth of Scripture?

Not according to the British broadcaster and supposed national treasure Sir David Attenborough. It is difficult to underestimate the influence that Attenborough has had over cultural life in Great Britain, due to his extensive and beautiful natural history documentaries, most of which have been produced by the BBC. Indeed, Attenborough?s cultural influence in Britain is probably greater than that of his film producer and actor brother, Lord Richard Attenborough.

This week, Sir David ? himself an outspoken atheist and propagandist for evolution ? has joined forces with Richard Dawkins to call on the UK Government to ban the teaching of creationism in schools. He described creationism as a ?threat? to education.

We need to examine what exactly constitutes a threat to education. In the early days of the Science National Curriculum in England and Wales, a great deal of emphasis was placed on scientific processes as well as knowledge. This position acknowledged the fact that science is about developing hypotheses, peer-reviewing them, criticizing them and, if appropriate, falsifying them. The Science National Curriculum eventually settled on four Attainment Targets (AT). AT 2 was Biology, AT 3 was Chemistry and Earth Science, and AT4 was Physics. AT1 was called Scientific Enquiry. At Key Stage 4 (this was the English and Welsh Years 10?11, for children aged 14?16 ? approximately equivalent to US Grades 9 & 10), AT1 contained the following excellent statement:

Ideas and evidence in science

Mainstream creation organizations, contrary to the disingenuous comments of Attenborough and Dawkins, have never advocated the mandatory teaching of creationism in science lessons, nor the banning of the teaching of evolution. It is difficult to see, therefore, where Attenborough believes the ?threat? of education comes from. As a creationist, I supported the statements in the above quotation from the 1999 National Curriculum, because it advocated good science. Pupils were not only permitted but encouraged to criticize scientifically any and every part of scientific knowledge. What Attenborough and Dawkins are advocating, therefore, is not science. Even if evolution were true (which it isn?t), it would be wrong to ban criticism of it in the science classroom, because such an approach is contrary to Scientific Enquiry. If Attenborough?s wish were followed, we would cease to produce scientists from English schools. We could perhaps produce people able to answer a lot of ?factual? (or pseudo-factual) questions on science on a TV quiz show, but not people with the actual ability to push forward the boundaries of scientific discovery.

The astronomer Johann Kepler was a man who believed the truth of Genesis. He described scientific progress as ?thinking God?s thoughts after Him.? He would be horrified that in the early 21st century, men who have some supposed scientific influence would be advocating that young people in our schools should stop thinking for themselves, and just accept what Attenborough and Dawkins tell them.

This anti-science-education campaign has a website, which is evolutionnotcreation.org.uk. This purports to be an independent website, and shows that the campaign is sponsored by certain ?Christian? organizations, such as Ekklesia. But a WHOIS search of the site shows that it is owned and registered by the British Humanist Association?an atheist organization. In the Cold War, such ?Christian? organizations would have been described as ?useful idiots.?

Sir David Attenborough?s Anti-Science Position
http://endtimeinfo.com/2011/09/sir-david-attenborough%e2%80%99s-anti-science-position/
creationend timeevolutionfaithhumanismhumanistsscience
Previous ArticleIs the US Monetary System on the Verge of Collapse?Next ArticleNervous Breakdown? 21 Signs That Something Big Is About To Happen In The Financial World