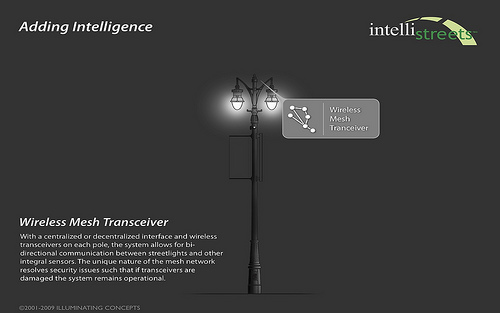 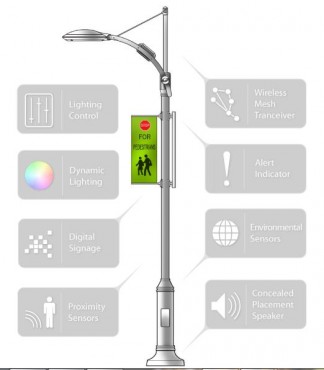 The company behind a Department of Homeland Security-funded project to install street lights that double as sophisticated surveillance devices pulled its promo video for ?Intellistreets? from You Tube hours after our article drawing attention to the issue was linked on the popular Drudge Report website.

Having initially disabled comments on the You Tube clip, Illuminating Concepts yanked the video entirely this afternoon, presumably nervous about the negative publicity that could be generated from concerns about new high-tech street lights being used for ?Homeland Security? purposes ? their words, not ours.

However, having gone to the trouble of putting together a promotional video for their product, and having already started installing the system in the city of Farmington Hills, Michigan with the aid of federal funding, the fact that the company attempted to prevent people learning about the ?Homeland Security? applications for the street lights speaks volumes.

If ?Intellistreets? is such a cutting edge concept that presents an array of wonderful benefits, as the promo video claims, then why remove it from You Tube? It?s almost like a kid getting caught with his hand in the cookie jar.

Now that the company has tried to hide the video, it will only generate more suspicion about the true purpose behind ?Intellistreets? and the level of involvement on behalf of Homeland Security.

As we documented earlier today, ?Intellistreets? is even more frightening a concept than the DHS-funded surveillance cameras that have blanketed America. Not only does this system have video surveillance capabilities, it also includes audio sensors and speaker systems that will be used by authorities to ?promote civic awareness,? presumably in the same vein as Homeland Security?s telescreens in Wal-Mart stores that feature a message from Janet Napolitano encouraging Americans to spy on each other and report suspicious activity.

Using street lights as Minority Report-style broadcasting platforms for advertising and government propaganda also dovetails with the Obama administration?s agenda to have complete control over communications by means of the Emergency Alert System and the program to have all new cell phones display mandatory ?emergency? messages from the federal government by next year.

You can still watch a duplicate of the video for ?Intellistreets? below (until that too is pulled). The video is also still available on the company?s website.