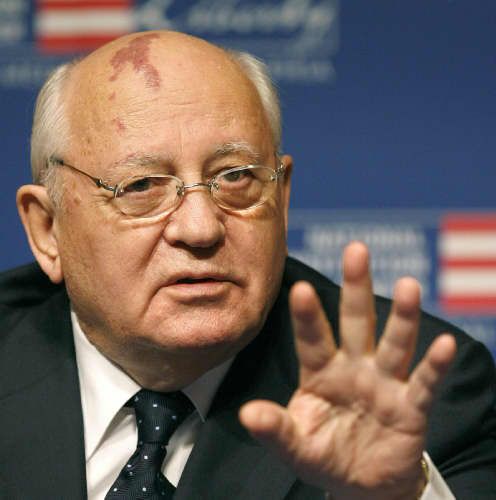 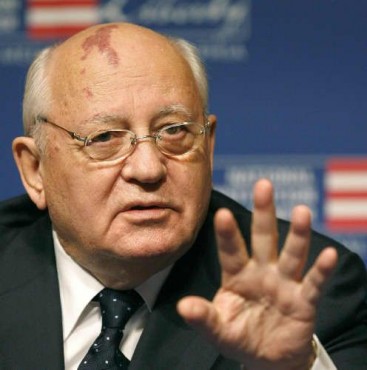 Former Communist leader Mikhail Gorbachev told an audience at Lafayette College on Wednesday night that the United States? economic problems heralded the need for a new American ?perestroika,? defined by a ?new world order? and a system of ?global governance?.

Speaking to a crowd of 3,600 people during an event that was broadcast live nationwide, Gorbachev made reference to riots and demonstrations that have swept the world over the last two years, including the Occupy Wall Street movement in the United States.

?The world needs goals that will bring people together,? he said. ?Some people in the United States were pushing the idea of creating a global American empire, and that was a mistake from the start. Other people in America are now giving thought to the future of their country. The big banks, the big corporations, are still paying the same big bonuses to their bosses. Was there ever a crisis for them? . . . I believe America needs its own perestroika.?

How will this American perestroika manifest itself? As a ?new world order? characterized by a system of ?global governance,? according to Gorbachev.

?Others, including myself, have spoken about a new world order, but we are still facing the problem of building such a world order?problems of the environment, of backwardness and poverty, food shortages?all because we do not have a system of global governance,? he said.

?We cannot leave things as they were before, when we are seeing that these protests are moving to even new countries, that almost all countries are now witnessing such protests, that the people want change,? he said. ?As we are addressing these challenges, these problems raised by these protest movements, we will gradually find our way towards a new world order,? added Gorbachev.

Of course, Gorbachev?s call for global financial instability to be used as a pretext for the further centralization of power into a sovereignty-stripping system of global governance will merely concentrate more influence into the hands of a tiny elite.

Gorbachev?s attempt to invoke the protest movement sweeping the globe and re-label it as a call for global governance is fundamentally disingenuous. A new world order means less democratic representation. Global government is the ultimate expression of autocratic rule, it is inherently undemocratic. Gorbachev?s American perestroika will not equate to more freedom and prosperity, it will result in a lowering of living standards and even less political representation.

The literal translation of ?perestroika? means ?restructuring,? but Gorbachev?s past comments overwhelmingly illustrate the fact that the former Communist icon is calling for America to experience a Soviet-style collapse before it can be re-absorbed as a vassal state that is subordinate to a UN-run global government.

The former Soviet leader has long been an advocate of transforming the United Nations and its affiliated offshoots into an architecture of global government, eviscerating American sovereignty in the process.

In September 2000, Gorbachev called for the UN to set up Soviet-style ?central authority? to control the world?s business and environmental concerns. For decades he has consistently called for a ?new world order? to replace existing nation states as the ultimate source of power.

Gorbachev and his fellow globalists like Zbigniew Brzezinski are clearly trying to exploit and hijack the collective disenfranchisement being expressed across the world as a tool to accomplish the long-held pursuit of global governance, handing even more power to the insiders who were responsible for the financial collapse in the first place.