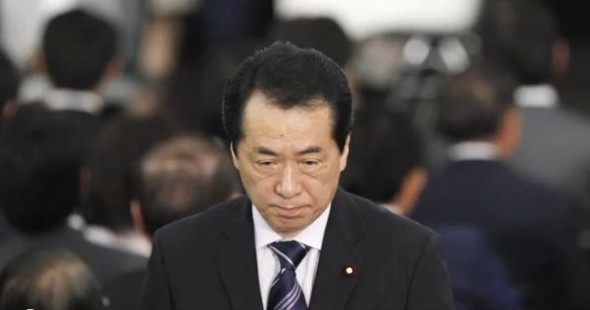 Via The Corbett Report 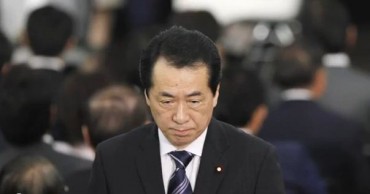 The former Prime Minister of Japan has revealed that scientific advisors to the Japanese government warned that evacuations of as many as 30 million people up to 250 kilometers away from Fukushima would have to take place in the event of a worst case scenario at the stricken nuclear plant in the country?s Northeast. The proposal would have seen Tokyo itself subject to evacuation, but the idea was immediately rejected because of the chaos it would have caused.

The revelations come as Naoto Kan, who stepped down as Prime Minister last month, finally opened up about the deliberations that took place in the wake of Japan?s nuclear disaster.

In a tense interview with Kyodo News, Kan admitted that the proposal to evacuate Tokyo ?was a crucial moment when I wasn?t sure whether Japan could continue to function as a state.? Ultimately, the plan was rejected because of the chaos that it would cause.

Just last week, another government insider, Kenichi Matsumoto, confirmed the plans for Tokyo?s evacuation and other details of the government?s response to the crisis to Radio Australia. In the interview, Matsumoto, former advisor to Prime Minister Kan, revealed that TEPCO not only hid information from the government, but that in the wake of the disaster they suggested abandoning the plant altogether.

?First Tepco did not convey accurate information about the accident to the prime minister. It tried to make the disaster look small. Then Tepco?s headquarters wanted to evacuate the plant, but the chief of the facility vowed not to leave. So prime minister Kan was outraged because he wasn?t getting proper information or the truth.

Earlier this year, Toshiso Kosako, an advisor to the government on radiation safety, resigned his position in protest of radiation exposure levels for elementary schools that he said were ?inexcusable.?

Meanwhile, authorities in Kashiwa City, Chiba Prefecture have announced that they will have to shut down garbage incineration plants that were being used to burn radioactive materials. The plants discovered incinerated ash to contain as much as 70,800 becquerels of radioactive cesium per kilogram, almost 10 times the national landfill level of 8,000 becquerels per kilogram. The Nambu Clean Center in Kashiwa has already stored 134 tons of incinerated ash and is running out of space to accommodate the radioactive materials.

Goshi Hosono, the minister in charge of the nuclear crisis, announced last week that the government is ready to lift evacuation advisories for five towns near the Fukushima plant. The towns, in the so-called Emergency Evacuation Preparedness Zone between 20 and 30 kilometers from the plant, are home to 30,000 people, and were under a voluntary evacuation order, but will now be able to return to their homes once they have been decontaminated.

Reacting to the decision, Tetsuji Imanaka, a professor of nuclear engineering in Kyoto University, said: ?The government may be easing restrictions because concern about reactor explosions has diminished. Radiation contamination of the land hasn?t decreased so far.?

The lifting of the evacuation advisory comes even as nuclear experts slammed the government for revealing for the first time last week the results of tests conducted in late March that showed plutonium fallout from the disaster has travelled as far as 45 kilometers northwest of the plant, far beyond the Evacuation Preparedness Zone.

Michiaki Furukawa of the Citizens? Nuclear Information Center lashed out at the government?s tardiness: ?The results came too late. The government should have conducted the tests much earlier.?

The tests also revealed strontium, another dangerous radioactive element, as far as 50 miles from the plant.