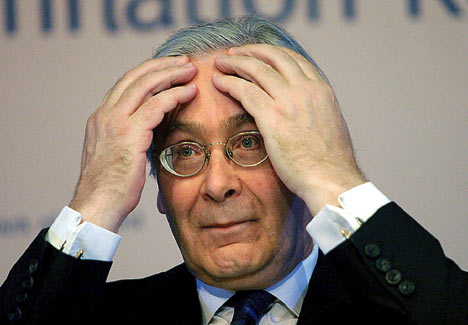 The world is facing the worst financial crisis since at least the 1930s ?if not ever?, the Governor of the Bank of England said last night. 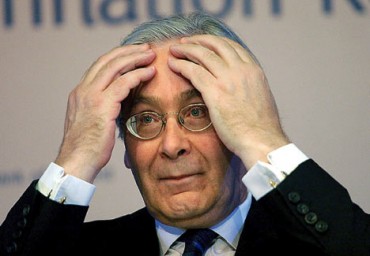 Sir Mervyn King was speaking after the decision by the Bank?s Monetary Policy Committee to put ?75billion of newly created money into the economy in a desperate effort to stave off a new credit crisis and a UK recession.

Economists said the Bank?s decision to resume its quantitative easing [QE], or asset purchase programme, showed it was increasingly fearful for the economy, and predicted more such moves ahead.

Sir Mervyn said the Bank had been driven by growing signs of a global economic disaster.

?This is the most serious financial crisis we?ve seen, at least since the 1930s, if not ever. We?re having to deal with very unusual circumstances, but to act calmly to this and to do the right thing.?

Announcing its decision, the Bank said that the eurozone debt crisis was creating ?severe strains in bank funding markets and financial markets?.

The Monetary Policy Committee [MPC] also said that the inflation-driven ?squeeze on households? real incomes? and the Government?s programme of spending cuts will ?continue to weigh on domestic spending? for some time to come.

The ?deterioration in the outlook? meant more QE was justified, the Bank said.

Financial experts said the committee?s actions would be a ?Titanic? disaster for pensioners, savers and workers approaching retirement. Sir Mervyn suggested that was a price worth paying to save the economy from recession.

Under QE, the Bank electronically creates new money which it then uses to buy assets such as government bonds, or gilts, from banks. In theory, the banks then use the cash they gain to increase their lending to businesses and individuals.

By increasing the demand for gilts, QE pushes down the interest rate yields paid to holders of these and other bonds. Critics of the policy say it pushes up inflation and drives down sterling.

The National Association of Pension Funds yesterday called for urgent talks with ministers to address the negative impact of lower gilt yields on pension funds. Joanne Segars, its chief executive, said QE makes it more expensive for employers to provide pensions and will weaken the funding of schemes as their deficits increase. ?All this will put additional pressure on employers at a time when they are facing a bleak economic situation,? she said.

Ros Altman, of Saga, said the latest round of QE was ?a Titanic disaster? that would increase pensioner poverty. As well as fuelling inflation, she said, falling bond yields would make annuities more expensive, ?giving new retirees much less pension income for their money and leaving them permanently poorer in retirement?.