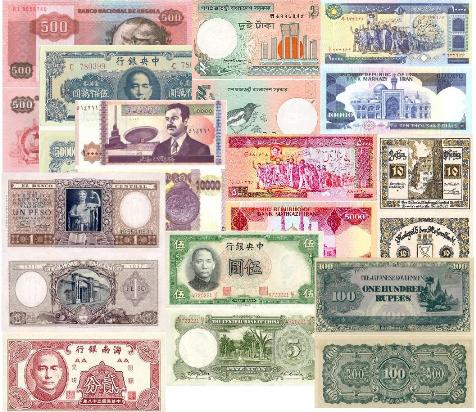 Via The Globe and Mail

What should US Federal Reserve chairman Ben Bernanke do next? London-based economist Detlev Schlichter says, succinctly: ?Abdicate.? What should U.S. President Barack Obama do next? Mr. Schlichter says, succinctly: ?Abdicate.? With Mr. Schlichter, you aren?t left with much doubt about his position. He says the world?s major currencies are destined to crash. ?The dollar, the euro and the yen are locked in a race to the bottom,? he writes on his website, papermoneycollapse.com. The only question is which one crashes first.

Mr. Schlichter argues that we are only part of the way through the market meltdown ? and that the worst is still to come. How much worse? Considerably worse, he says, than the Great Depression.

U.S. industrial production is 12 times higher now than it was in 1929, he says; but the amount of U.S. dollars in circulation is 200 times higher.

The U.S. net debt was 150 per cent of GDP in 1973, when then-president Richard Nixon took the country off the gold standard; yet its net debt reached a record high in 2010: 370 per cent. The United States will fall further, Mr. Schlichter insists, because it has further to fall.

Mr. Schlichter is the German-born, British-based author of a provocative and disturbing new book, Paper Money Collapse: The Folly of Elastic Money and the Coming Monetary Breakdown. An investment manager with JPMorgan, Merrill Lynch and Western Asset Management for 20 years, he quit to write his stern warning of an impending dollar doom.

From his own melancholy perspective, he thinks the crisis will come a little later on ? because, he says, the central banks still imagine that they can keep the printing presses running indefinitely. The longer the presses run, Mr. Schlichter says, the more calamitous the crash. And Mr. Bernanke has hardly begun.

Mr. Schlichter recalls Mr. Bernanke?s famous assertion in 2002 that, with the world?s largest printing press, the Federal Reserve can produce ?as many dollars as it wishes at essentially no cost.? Mr. Schlichter says: ?Within the logic of the present system, the next step [by central banks] must involve the use of the printing press to fund further state expenditures, to fund corporate spending and, ultimately, to fund consumer spending.? In other words, the central banks won?t stop printing money until they?ve quantitatively eased people?s car loans and people?s credit cards.

Mr. Schlichter?s analysis rests on an Austrian-school interpretation of things. (?There is no means of avoiding the final collapse of a boom brought about by credit expansion,? Ludwig von Mises wrote in 1949 in Human Action. ?The alternative is only whether the crisis should come sooner … or later as a final and total catastrophe of the currency system involved.?) The essential premise of the Austrians is that paper dollars get depreciated, sooner or later, ?to a dime a dozen.?

Paper Money Collapse traces the history of paper currencies that weren?t at least partly guaranteed by a fixed-quantity commodity (which, for all practical purposes, means silver or gold). The Chinese invented paper and ink in the year 1000, Mr. Schlichter notes ? discoveries that led quickly to paper money. He tracks China?s paper money through a number of dynasties. His conclusion: All of these experiments ended with worthless currencies. The Chinese abandoned paper money in 1500 (returning to it, under Western influence, in the 1800s).

Paper currency, he says, hasn?t fared any better in the West. He defines hyperinflation as a monthly rise in consumer prices of 50 per cent or more; the 20th century, he says, witnessed 29 such hyperinflations involving ?elastic money.? Mr. Schlichter thinks that the collapse of U.S., European and Japanese currencies will be the worst in history. It will be a collapse ?of epic proportions.? ?A collapse of paper money will be a momentous event,? he writes. ?It will produce a transfer of wealth of historic proportions.? But it does not mean the end of civilization. All wealth is not illusion. And real wealth will survive.