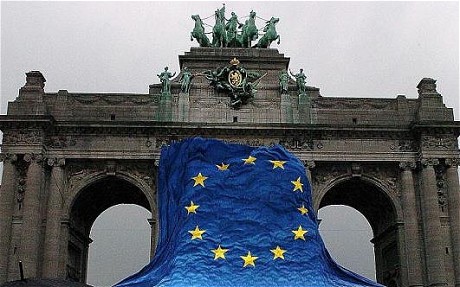 An intrusive European body with the power to take over the economies of struggling nations should be set up to tackle the eurozone crisis, according to a leaked German government document. 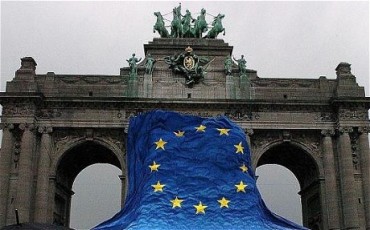 The six-page memo, by the German foreign office, argues that Europe?s economic powerhouses should be able to intervene in how beleaguered eurozone countries are run. The confidential blueprint sets out Germany?s plan to tackle the eurozone debt crisis by creating a ?stability union? that will be ?immediately followed by moves ?on the way towards a political union?.

It will prompt fears that Germany?s euro crisis plans could result in a European super-state with spending and tax plans set in Brussels.

The proposals urge that the European Stability Mechanism (ESM), a eurozone bailout fund that will be established by the end of next year, should be transformed into a version of the International Monetary Fund for the EU.

The European Monetary Fund (EMF) would be able to take full fiscal control of a failing country, including taking countries into receivership.

The leaked document, The Future of the EU: Required Integration Policy Improvements for the Creation of a Stability Union, comes as David Cameron meets Angela Merkel, the German chancellor, in Berlin today to talk about treaty changes and the eurozone crisis.

The German plan begins with a proposal to create ?automatic sanctions? that could be imposed on euro members spending beyond targets set by the European Commission. Germany is demanding that if euro rules are ?consistently violated?, it should be able to demand action from the European Court of Justice.

Germany, Finland, Austria and the Netherlands would be able to ask EU courts to impose sanctions, from fines to the loss of budgetary sovereignty, to protect the euro. The memo states the EMF would be given ?real intervention rights? in the budgets of euro members who have received EU-IMF bailouts. Open Europe, a think tank, has called for Mr Cameron to demand concessions from Mrs Merkel in exchange for the plans, which need the consent of all 27 EU countries, giving Britain a veto.