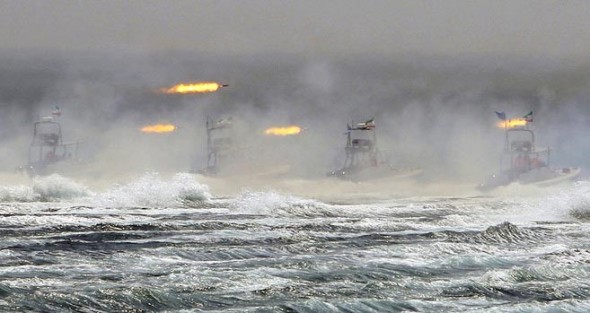 Brent crude futures are up $1.17 a barrel to $115.73 on continued word that Israel may go it alone and bomb Iran?s nuclear facilities. It is their highest level in nearly two months.

But it would be nothing compared to the cost if Israel attacks. In 2006, as Israel and the U.S. began to rattle sabers over Iran?s nuclear program, Iran?s Revolutionary Guards deployed bottom-tethered mines in the Strait of Hormuz, according to a defector.

?The plan is to stop trade,? the source told Newsmax. One third of the world?s oil passes through the Strait of Hormuz.

The deployment was mentioned in a plan produced by the Strategic Studies Center of the Iranian Navy in 2005. It also called for a single operational headquarters integrated with Revolutionary Guards missile units, strike aircraft, surface and underwater naval vessels, Chinese-supplied C-801 and C-802 anti-shipping missiles, mines, and coastal artillery, according to the intelligence office of the Ministry of Defense in Iran.

Revolutionary Guards missile units have identified ?more than 100 targets, including Saudi oil production and oil export centers,? the defector said. ?They have more than 45 to 50 Shahab-3 and Shahab-4 missiles ready for shooting? against those targets and against Israel, he added.

The CIA, however, dismissed the source, Hamid Reza Zakeri, as a fabricator. In addition to the array of weapons above, Zakeri said Iran will use biological and nuclear weapons if attacked.

In 2009, Iran tested a new generation of missiles, including the Fateh-110, a short-range ground-to-ground missile, and Tondar-69, a short-range naval missile.

Israel takes the possibility of Iranian retaliatory strikes seriously. Last week it staged a drill simulating a missile attack in the center of the country. Thursday?s simulation involved various Israeli emergency services, with ambulance workers and soldiers, some wearing masks and equipment to protect against chemical weapons, practicing treating the wounded, according to Reuters.

On November 1, a group of 13 generals and admirals produced a report warning that a ?sustained disruption? of oil ?would be devastating ? crippling our very freedom of movement.? The report, entitled ?Ensuring America?s Freedom of Movement: A National Security Imperative to Reduce U.S. Oil Dependence,? was sponsored by a San Francisco-based Energy Foundation.

?Under a worst-case scenario 30-day closure of the Strait of Hormuz, the analysis finds that the U.S. would lose nearly $75 billion in GDP,? reports National Defense Magazine.

Last week, the Rapidan Group predicted oil prices over $175 per barrel if Iran is attacked. According to a survey conducted by the group of oil industry specialists, oil prices would rise on average by 23% in the first hours of the attack.

Arnaud de Borchgrave, writing for the UPI, suggests the price of oil would go much higher. ?One bomb on Iran and oil prices could shoot up to $300 or even $500 a barrel,? he writes. ?The Strait of Hormuz, between Oman and Iran, is the world?s most important oil chokepoint with a daily oil flow of 16 million barrels, roughly 33 percent of all seaborne traded oil, or 17 percent of oil traded worldwide.?

?While many experts in the market believe that a war on Iran would send oil prices soaring high between, at least, $200 and $300 for each barrel, the most optimistic analysis of the impact on oil markets of an Israeli attack on Iran and the subsequent closure of the Strait of Hormuz said oil prices could spike by as much as $175/bbl,? reports the Fars News Agency, Iran?s official news outlet.

Oil at $300 or $500 per Barrel If Israel Attacks Iran
http://endtimeinfo.com/2011/11/oil-at-300-or-500-per-barrel-if-israel-attacks-iran/
IranIsraeloiloil prices
Previous ArticleChina Runs Out of MoneyNext ArticleRussia to Back Iran against Potential Western Aggressions