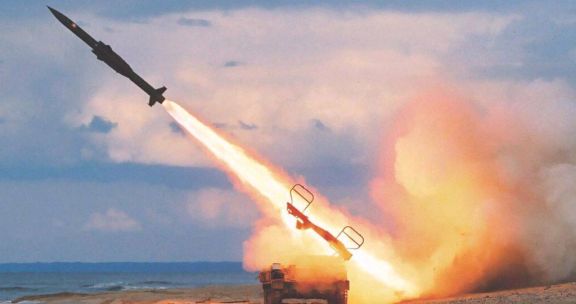 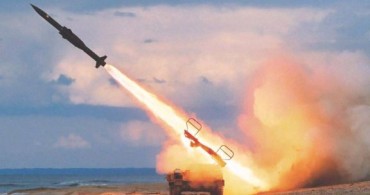 We now know what those six Russian warships that reportedly entered Syrian territorial waters last week were carrying. Aside from representing a show of strength to discourage NATO powers from launching a military attack, on board were Russian technical experts ready to help Damascus set up a sophisticated missile defense system sold to them by Moscow.

?Russian warships that have reached waters off Syria in recent days were carrying, among other things, Russian technical advisors who will help the Syrians set up an array of S-300 missiles Damascus has received in recent weeks, a report in the London-based Arabic language Al Quds-Al Arabi said Thursday. Citing sources in Syria and Russia, the paper said that Moscow sees a Western attack on Syria as a ?red line? that it will not tolerate,? reports Arutz Sheva.

The S-300 missiles, which according to the report will be used to ?deflect a possible attack by NATO or the U.S. and EU,? are long range surface-to-air missiles developed by Russia in 1979 for the purpose of protecting large industrial and military bases from enemy attack aircraft and cruise missiles.

The system is widely regarded as one of the most powerful anti-aircraft arrays in modern warfare, having the ability to track up to 100 targets and engage 12 at any one time. Russia recently tried to sell the same system to Iran but the transaction was halted after pressure from the U.S. and Israel.

Arming Syria with such a proficient means of aerial defense would obviously not bode well for any prospective ?no fly zone? being planned by western powers. Reports have been circulating this week that fighter jets from Turkey and other Arab states would soon enter Syrian airspace under ?humanitarian? pretenses with logistical aid from the United States.

?Along with the missiles, the report says that Russia has installed advanced radar systems in all key Syrian military and industrial installations. The radar system also covers areas north and south of Syria, where it will be able to detect movement of troops or aircraft towards the Syrian border. The radar targets include much of Israel, as well as the Incirlik military base in Turkey, which is used by NATO,? states the report.

French foreign minister Alain Juppé yesterday assured Syrian opposition forces that NATO powers are planning to launch a military intervention by imposing ?humanitarian corridors or humanitarian zones? in the name of protecting civilians from the alleged abuses of the al-Assad regime.

The prospect of air strikes being launched under a ?humanitarian? banner are seen as increasingly likely given the fact that the aircraft carrier George H.W. Bush has been moved to the Syrian coast in recent days having left its traditional theater of operations just off the Straits of Hormuz.

Tensions also escalated yesterday after the U.S. Embassy in Damascus urged its citizens to leave Syria ?immediately,? while Turkey?s foreign ministry told its citizens to avoid traveling through the country on their return home from Saudi Arabia.

As we have previously noted, attacking Syria could merely be an entrée for an assault on Iran because Tehran has promised to defend its ally.

Russia Arms Syria With Missiles To Defend Against NATO Attack
http://endtimeinfo.com/2011/11/russia-arms-syria-with-missiles-to-defend-against-nato-attack/
IranNATORussiaSyriawar
Previous ArticleECB?s Paramo: ?Prepare To Give Up Significant Sovereignty?Next ArticleIs the Sovereign Debt Crisis a Replay of the Versailles Treaty?