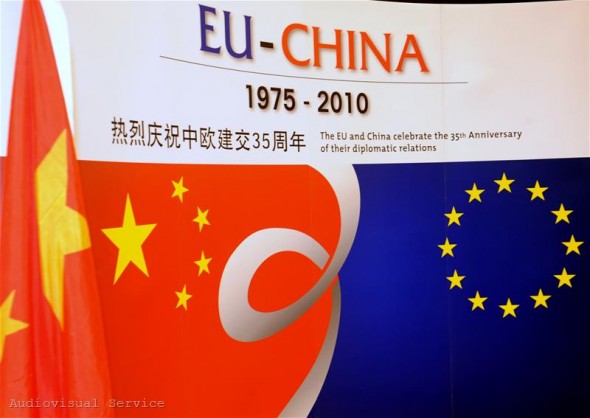 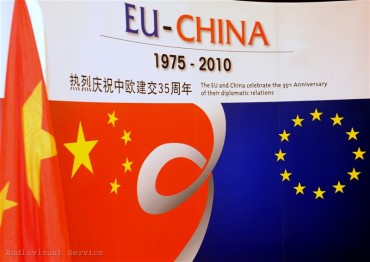 A few days ago China telegraphed it refuses to continue to be seen as the world’s rescuer and the dumbest money in the room. Many assumed China was only kidding: after all how would China let its biggest export partner flounder? And furthermore, all China does is provide vendor financing, right? Well, as it turns out, wrong, because to China the current state of Europe is far from the terminal crisis Europe is trying to make it appear. This is happening even as a thoroughly desperate and grovelling Europe, kneepads armed and ready, has said via the EFSF’s Regling that it will even consider issuing Yuan-denominated bonds. Alas, China is less than impressed. As AFP reports, “China?s state media Sunday warned that the country will not be a ?savior? to Europe, as President Hu Jintao left for an official visit to the region including a G20 summit. Hu?s visit has raised hopes that cash-rich China might make a firm commitment to the European bailout fund, but in a commentary, the official Xinhua news agency said Europe must address its own financial woes.

?China can neither take up the role as a savior to the Europeans, nor provide a ?cure? for the European malaise. ?Obviously, it is up to the European countries themselves to tackle their financial problems,? it said, adding that China could only do so ?within its capacity to help as a friend.” A friend, who at this point is quite sensible, and realizes far better deals are to be had down the line if one merely waits. That said, we are certain China is not the only one out there with an instant notification pending the second Santorini, Ibiza or the Isle of Capri hits E-bay.

China?s Vice Foreign Minister Cui Tiankai said Friday that the G20 should focus on the sovereign debt crisis in ?developed countries? and the growing pressure of global inflation.

He added that members should make efforts to stabilize financial markets and restore investor confidence.

For its part, G20 partners will also be looking to China to stimulate domestic demand, diversify its export-led economic model and allow the yuan currency to appreciate more freely so as to slim down its massive trade surpluses.

Another Chinese official has played down hopes of a breakthrough at the G20 meeting. Vice Finance Minister Zhu Guangyao, also speaking Friday, said investment in the European bailout fund was not on the agenda.

Beijing fears the financial risk of a major investment, which could also spark a domestic backlash as the Chinese public asks why they should bail out wealthier nations. Already, opposition to such a move is being expressed on the Internet, on China?s hugely popular weibos – microblogging sites similar to Twitter – and in state media.

The bold says it all. And for those to whom it is still confusing:

?China will only participate in a global program that is defensible to the Chinese people. So don?t expect a ?bailout? or ?rescue? from China,? China Macro Strategist for brokerage CLSA, Andy Rothman, told AFP.

China has been burned before on overseas investment. It bought stakes in investment bank Morgan Stanley and asset management firm Blackstone only to see values collapse in the 2008 global financial crisis.

So, about that magical European box full of promises and quite empty of money…