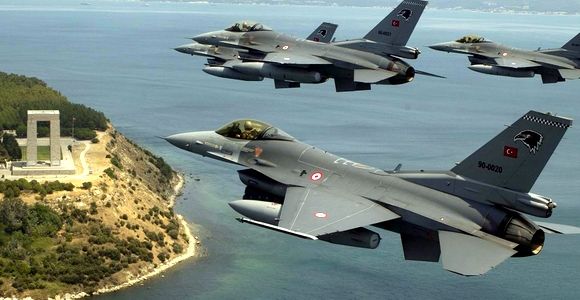 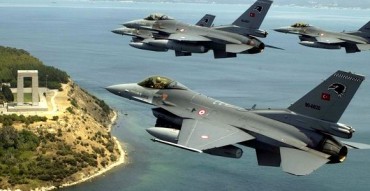 Reports out of Kuwait suggest that Arab states are set to impose a no fly zone over Syria with US logistical support, advancing the prospect of a military assault to topple Syrian President Bashar al-Assad under a ?humanitarian? pretext.

?Senior European sources said that Arab jet fighters, and possibly Turkish warplanes, backed by American logistic support will implement a no fly zone in Syria?s skies, after the Arab League will issue a decision, under its Charter, calling for the protection of Syrian civilians,? reports Albawaba, citing Kuwait?s al Rai daily.YNet news, the website for Israel?s most widely read newspaper, also carried the report.

As part of a plan to cripple the country?s military forces within 24 hours, the ?movement of Syrian military vehicles, including tanks, personnel carriers and artillery,? would all be banned under the terms of the no fly zone.

Syrian opposition forces have repeatedly called for a no fly zone to be enforced over the country, but last month NATO all but ruled out the prospect. Republican presidential candidate Rick Perry has also called on the Obama administration to impose a no fly zone without waiting for a green light from the United Nations.

?If indeed Europe and the Western world is dead set upon an aerial campaign above Syria, then all eyes turn to the East, and specifically Russia and China, which have made it very clear they will not tolerate any intervention. And naturally the biggest unknown of all is Iran, which has said than any invasion of Syria will be dealt with swiftly and severely,? reports Zero Hedge.

Hostilities have accelerated in recent days, with Russian warships entering Syrian territorial waters on Friday in an aggressive maneuver designed to discourage any NATO-led attack.

Without Russia?s help, Syria would be largely defenseless against a NATO attack. ?I don?t see any purely military problems. Syria has no defence against Western systems ? [But] it would be more risky than Libya. It would be a heavy military operation,? former French air force chief Jean Rannou commented.

While NATO powers have accused the Syrian regime of carrying out atrocities against its citizens, others have framed the bloodshed in the context of a civil war. As we saw with Libya, rebel fighters who were commandeering fighter jets and firing rocket-propelled grenades were still being described as ?protesters? by the establishment media days before the no fly zone was imposed and the bombing campaign began.

As we saw prior to the attack on Libya, which was also framed as a ?humanitarian intervention,? NATO powers are keen to demonize Assad?s government by characterizing attacks by his forces as atrocities while largely ignoring similar attacks by opposition forces, such as a raid on a Syrian air force intelligence complex earlier this month that killed or wounded 20 security police.