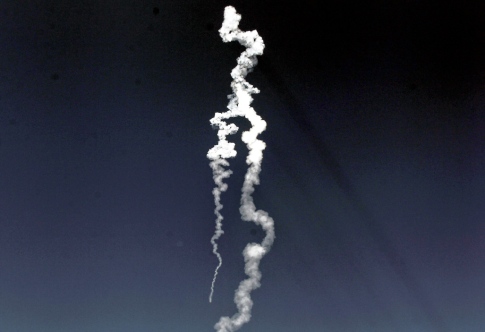 American sources told Fox television early Sunday, Nov. 6 that all the senior Israeli ministers who were formerly against attacking Iran’s nuclear sites are now for it, having been updated on Iran’s clandestine progress toward building a nuclear weapon. This information is due to be borne out when the IAEA publishes its next Iran report Tuesday, Nov. 8. The ministers are said to have changed their minds in the belief that the next round of sanctions will not be tough enough and point to the precedent of Israel’s 1981 attack on Iraq’s nuclear reactor which was never rebuilt.

According to debkafile’s Washington sources, the Obama administration attributes the change of heart by those ministers to a conviction that Iran already has a nuclear weapon.

And so after ten days of feverish, unattributed Israeli news reporting on an imminent attack, the administration has drawn certain lines: Israel should go forward with its plans to strike Iran, while Washington will stress “diplomatic strategy.”

This phrase, new in official US language on the nuclear controversy with Iran, does not rule out the military option. It was first aired last Thursday, Nov. 3 by US Deputy National Security Adviser for Strategic Communications Ben Rhodes, a member of the Barack Obama party attending the G-20 summit in Cannes.

All in all, public US administration responses to the prospect of Israel taking military action on Iran in its own hands have been unusually mild.

Friday, Nov. 4, another American television station CNN quoted a “senior US military official” as commenting that the administration is no longer sure that Israel would give the US warning of an attack.

However, while voicing concern and reporting stepped up “watchfulness” of both Iran and Israel, the official’s tone was not critical of Israel, despite the fact that Prime Minister Binyamin Netanyahu had been understood to have assured the US president when they met in the past year that Israel would not attack Iran without prior warning to Washington.
A second US military official stressed that Iran is the largest threat to the United States in the Middle East.

These US officials appeared to be warning Tehran that because of the level reached by its weapons-geared nuclear program, the Obama administration could no longer hold Israel back from exercising its military option.

On the issue of Israeli action against Iran, the tone from US official sources has undergone a marked change.

The former routine putdowns from Washington sources asserting a) that Israel was not up to a lone military operation and that anyway b) it would only have the limited effect of putting the Iranian weapons program back four years, are no longer heard – especially since the US Defense Secretary Leon Panetta visited Israel last month.