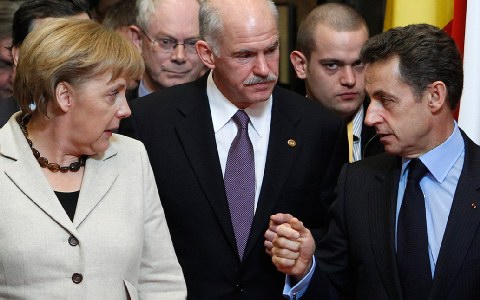 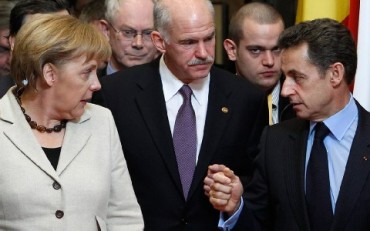 Iceland Told the Banks to Pound Sand ? And Thereby Saved Its Economy

Iceland told the banks to pound sand. And Iceland?s economy is doing much better than virtually all of the countries who have let the banks push them around.

Barry Ritholtz noted in May:

Rather than bailout the banks ? Iceland could not have done so even if they wanted to ? they guaranteed deposits (the way our FDIC does), and let the normal capitalistic process of failure run its course.

They are now much much better for it than countries like the US and Ireland who did not.

Bloomberg pointed out in February:

Unlike other nations, including the U.S. and Ireland, which injected billions of dollars of capital into their financial institutions to keep them afloat, Iceland placed its biggest lenders in receivership. It chose not to protect creditors of the country?s banks, whose assets had ballooned to $209 billion, 11 times gross domestic product.

?Iceland did the right thing by making sure its payment systems continued to function while creditors, not the taxpayers, shouldered the losses of banks,? says Nobel laureate Joseph Stiglitz, an economics professor at Columbia University in New York. ?Ireland?s done all the wrong things, on the other hand. That?s probably the worst model.?

Ireland guaranteed all the liabilities of its banks when they ran into trouble and has been injecting capital ? 46 billion euros ($64 billion) so far ? to prop them up. That brought the country to the brink of ruin, forcing it to accept a rescue package from the European Union in December.

?If we?d guaranteed all the banks? liabilities, we?d be in the same situation as Ireland,? says Arnason, whose Social Democratic Alliance was a junior coalition partner in the Haarde government.

?In the beginning, banks and other financial institutions in Europe were telling us, ?Never again will we lend to you,?? Einarsdottir says. ?Then it was 10 years, then 5. Now they say they might soon be ready to lend again.?

Even the IMF praises Iceland?s strategy:

As the first country to experience the full force of the global economic crisis, Iceland is now held up as an example by some of how to overcome deep economic dislocation without undoing the social fabric.

As Robert Reich notes, the same choice ? telling the foreign banks to pound sand or caving in ? is now faced by Greece:

Greek Prime Minister George Papandreou decided in favor of democracy yesterday when he announced a national referendum on the draconian budget cuts Europe and the IMF are demanding from Greece in return for bailing it out.

(Or, more accurately, the cuts Europe and the IMF are demanding for bailing out big European banks that have lent Greece lots of money and stand to lose big if Greece defaults on those loans ? not to mention Wall Street banks that will also suffer because of their intertwined financial connections with European banks.)

We?ve been here before, remember? Here in the United States, at the end of 2008 and start of 2009. Wall Street had made lots of bad loans, and the question we faced then was whether to bail out the Street.

The difference is, we didn?t hold a referendum. Instead, the Bush administration told Congress the nation risked ?economic Armageddon? if it didn?t immediately authorize a giant bailout of the Street ? with no strings attached. [Indeed, Paulson threatened martial law if the bailouts weren’t approved.] Of course Congress hastily agreed. Hank Paulson, Ben Bernanke, and Tim Geithner (as head of the New York Fed) then doled out the money. And the Obama administration (with Geithner installed as Treasury Secretary) gave out more.

So instead of allowing the Street to live with the consequences of its negligence, we bailed it out ? and allowed the Main Streets of America to suffer the consequences.

If Americans had been consulted about the bank bailout, I doubt it would have happened the way it did. [Polls showed that Americans were overwhelmingly against the bailouts.  And see this.]  At the very least, strict conditions would have been placed on the banks in return for the money. The banks would have had to eat the losses of the predatory mortgages they sold, and help homeowners reduce those mortgages. They?d be required to improve the capitalization of small banks in communities across the country. They?d be forced to accept stringent new regulations, including resurrection of Glass-Steagall.

Will Greece Pull an Iceland ? And Tell the Banks to Pound Sand?
http://endtimeinfo.com/2011/11/will-greece-pull-an-iceland-%e2%80%a6-and-tell-the-banks-to-pound-sand/
bailoutEuropean Unionfinancial crashGreece
Previous ArticleThe “Dumb Money” Refuses To Play Along: China State Media Says It Won’t Rescue EuropeNext ArticleThe Air Has Been Let Out of the Balloon