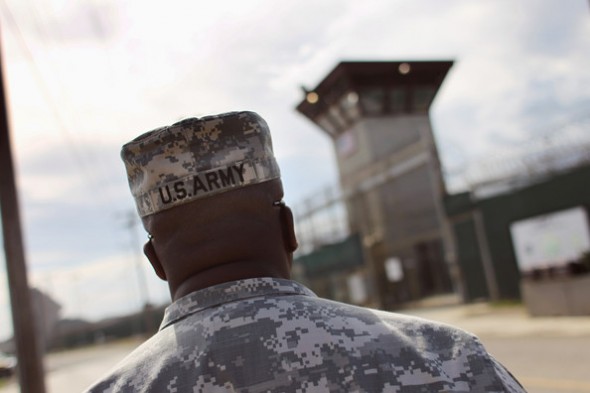 The Senate last night codified into law the power of the U.S. military to indefinitely detain an American citizen with no charge, no trial and no oversight whatsoever with the passage of S. 1867, the National Defense Authorization Act. Though the White House has threatened to veto the bill, the fact that Obama administration lawyers yesterday reaffirmed their backing for state sponsored assassination of U.S. citizens would suggest otherwise. Not voting for the bill, or in other words upholding the oath to protect the Constitution, has been described over and over again as ?political suicide?.

?The bill puts military detention authority on steroids and makes it permanent, American citizens and others are at greater risk of being locked away by the military without charge or trial,? said Christopher Anders, senior legislative counsel for the American Civil Liberties Union.

As Spencer Ackerman highlights, the bill completely violates the sixth amendment in that it allows American citizens to be locked up indefinitely, including in a foreign detention center, without any burden of proof whatsoever. An American merely has to be declared a terrorist and they can be abducted off the streets and never seen again.

The government can also kill American citizens. For more than a year and a half, the Obama administration has said it could target American citizens for assassination without any trial or due process.

But now, as shown by the debates surrounding indefinite detention, the government is saying that America itself is a battlefield.

You might assume – in a vacuum – that this might be okay (even though it trashes the Constitution, the separation of military and police actions, and the division between internal and external affairs).

But it is dangerous in a climate where you can be labeled as or suspected of being a terrorist simply for questioning war, protesting anything, asking questions about pollution or about Wall Street shenanigans, supporting Ron Paul, being a libertarian, holding gold, or stocking up on more than 7 days of food.