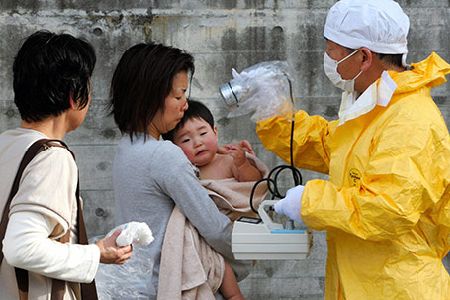 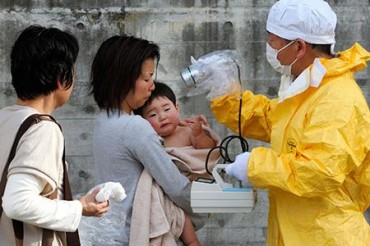 A peer-reviewed study published in the International Journal of Health Services estimates 14,000 excess deaths in the United States are linked to the radioactive fallout from the Fukushima nuclear reactors. The article by Joseph Mangano and Janette Sherman is the first published in a medical journal.

?This study of Fukushima health hazards is the first to be published in a scientific journal. It raises concerns, and strongly suggests that health studies continue, to understand the true impact of Fukushima in Japan and around the world. Findings are important to the current debate of whether to build new reactors, and how long to keep aging ones in operation,? writes Joseph Mangano, who is an epidemiologist.

The authors write that that their estimate of 14,000 excess U.S. deaths in the 14 weeks following the Fukushima meltdowns is comparable to the 16,500 excess deaths in the 17 weeks after the Chernobyl meltdown in 1986. Most of the deaths occurred among U.S. infants under age one. The 2010-2011 increase for infant deaths in the spring was 1.8 percent, compared to a decrease of 8.37 percent in the preceding 14 weeks, the authors note.

The arrival of a radioactive plume over the United States following the March 11 disaster was downplayed by the establishment media despite the presence of levels of radiation in air, water, and milk hundreds of times above normal.

?Based on our continuing research, the actual death count here may be as high as 18,000, with influenza and pneumonia, which were up five-fold in the period in question as a cause of death. Deaths are seen across all ages, but we continue to find that infants are hardest hit because their tissues are rapidly multiplying, they have undeveloped immune systems, and the doses of radioisotopes are proportionally greater than for adults,? said Janette Sherman, an adjunct professor at Western Michigan University, and contributing editor of ?Chernobyl ? Consequences of the Catastrophe for People and the Environment? published by the NY Academy of Sciences in 2009.

The health impact of the radiation released from Fukushima was downplayed by the Japanese and U.S. governments. ?The United States came up with a decision to downplay Fukushima,? said Arnie Gundersen, a energy advisor veteran with 39 years of experience as a nuclear power engineer. ?The US government has come up with a decision at the highest levels of the State Department, as well as other departments who made a decision to downplay Fukushima,? he said. ?Hillary Clinton signed a pact with Japan that she agreed there is no problem with Japanese food supply and we will continue to buy them so we are not sampling food coming in from Japan.?