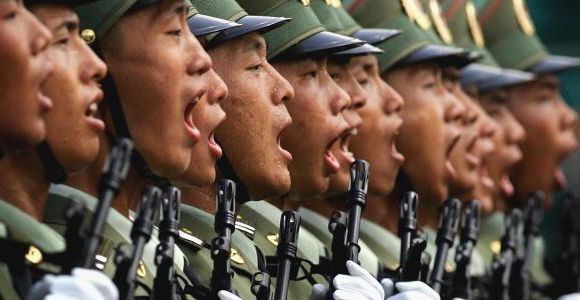 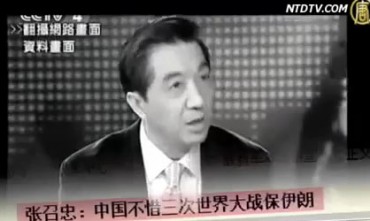 A military General from the Chinese National Defense University says that China should not hesitate to protect Iran, even if it means launching world war three, as more US warships are dispatched to the region amidst heightening tension.

According to NDTV, a Chinese news station based outside the country, in regard to recent speculation that Iran would be the target of a US-Israeli military assault, Major General Zhang Zhaozhong commented that, ?China will not hesitate to protect Iran even with a third world war,? remarks described as ?puzzling to some?.

The news report also quotes Professor Xia Ming as paraphrasing Zhaozhong?s quote that, ?not hesitating to fight a third world war would be entirely for domestic political needs.?

China has vehemently reaffirmed its alliance with Iran in recent weeks, most notably yesterday when it refused to criticize Iran for a raid on the British Embassy in Tehran launched by Iranian students earlier this week.

Both China and Russia have made it clear that they will veto any UN authorization of military action against Iran in the aftermath of claims that Iran is on the verge of developing a nuclear weapon.

?China has noted the tough reactions made by the relevant countries over this event and is concerned over the development of the situation,? Chinese Foreign Ministry spokesperson Hong Lei told reporters today.

?We hope relevant countries will keep calm and exercise restraint and avoid taking emotional actions that may rachet up the confrontation.?

Meanwhile, in a related development, three more US warships have been dispatched to join the USS John C. Stennis in the 5th fleet region.

With the Stennis, a Nimitz-class nuclear-powered supercarrier, already stationed just outside Iranian territorial waters, the USS Carl Vinson aircraft carrier has just been deployed from its home port to join the U.S. 5th Fleet AOR.

?In addition to the USS Carl Vinson?s departure, guided-missile cruiser USS Bunker Hill and guided-missile destroyer left in the morning, and the USS Halsey will depart at 2 p.m,? reports NBC SanDiego, adding that the ships are headed for the Middle East.

Fears of an imminent military assault on Syria were sparked when the USS George H.W. Bush left its usual theater of operations to position itself just off the Syrian coast, but the warship has now completed its mission and is sailing back to its home port in Norfolk Virginia.