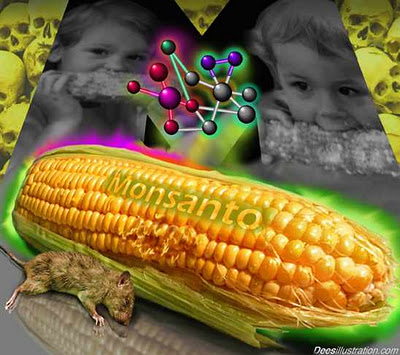 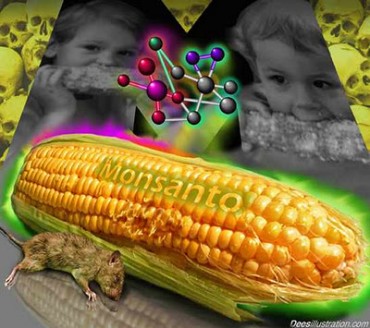 In a study released by the International Journal of Biological Sciences, analyzing the effects of genetically modified foods on mammalian health, researchers found that agricultural giant Monsanto’s GM corn is linked to organ damage in rats.

According to the study, which was summarized by Rady Ananda at Food Freedom, “Three varieties of Monsanto’s GM corn – Mon 863, insecticide-producing Mon 810, and Roundup? herbicide-absorbing NK 603 – were approved for consumption by US, European and several other national food safety authorities.”

Monsanto gathered its own crude statistical data after conducting a 90-day study, even though chronic problems can rarely be found after 90 days, and concluded that the corn was safe for consumption. The stamp of approval may have been premature, however.

In the conclusion of the IJBS study, researchers wrote:

“Effects were mostly concentrated in kidney and liver function, the two major diet detoxification organs, but in detail differed with each GM type. In addition, some effects on heart, adrenal, spleen and blood cells were also frequently noted. As there normally exists sex differences in liver and kidney metabolism, the highly statistically significant disturbances in the function of these organs, seen between male and female rats, cannot be dismissed as biologically insignificant as has been proposed by others. We therefore conclude that our data strongly suggests that these GM maize varieties induce a state of hepatorenal toxicity….These substances have never before been an integral part of the human or animal diet and therefore their health consequences for those who consume them, especially over long time periods are currently unknown.”

Monsanto has immediately responded to the study, stating that the research is “based on faulty analytical methods and reasoning and do not call into question the safety findings for these products.”

The IJBS study’s author Gilles-Eric Séralini responded to the Monsanto statement on the blog, Food Freedom, “Our study contradicts Monsanto conclusions because Monsanto systematically neglects significant health effects in mammals that are different in males and females eating GMOs, or not proportional to the dose. This is a very serious mistake, dramatic for public health. This is the major conclusion revealed by our work, the only careful reanalysis of Monsanto crude statistical data.”