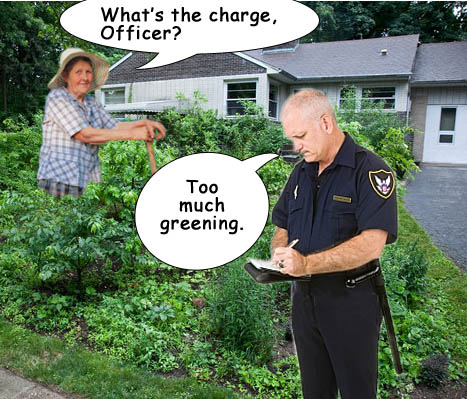 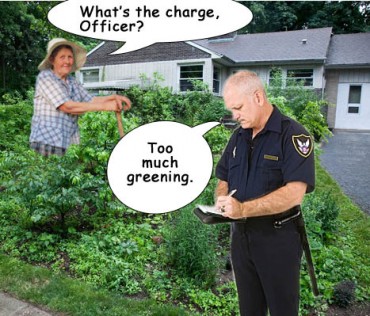 I was shocked to learn from a friend on the weekend that a new Food Bill is being brought in here in New Zealand.  The new bill will make it a privilege and not a right to grow food.

I find two aspects of this bill alarming.  The first is the scope and impact the new bill has, and secondly that it has all happened so quietly.  There has been VERY little media coverage, on a bill which promises to jeopardise the future food security of the country.

I read that the bill is being brought in because of the WTO, which of course has the US FDA behind it, and of course that is influenced by big business (Monsanto and other players).  It looks like this NZ food bill will pave the way to reduce the plant diversity and small owner operations in New Zealand, for example by way of controlling the legality of seed saving and trading/barter/giving away; all will be potentially illegal.  The best website to read about the problems with the new bill is http://nzfoodsecurity.org (I have no connection with this website)

Here are some snippets:

– It turns a human right (to grow food and share it) into a government-authorised privilege that can be summarily revoked.

– It makes it illegal to distribute ?food? without authorisation, and it defines ?food? in such a way that it includes nutrients, seeds, natural medicines, essential minerals and drinks (including water).

– By controlling seeds, the bill takes the power to grow food away from the public and puts it in the hands of seed companies. That power may be abused.

– Growing food for distribution must be authorised, even for ?cottage industries?, and such authorisation can be denied.

– Under the Food Bill, Police acting as Food Safety Officers can raid premises without a warrant, using all equipment they deem necessary ? including guns (Clause 265 ? 1).

– Members of the private sector can also be Food Safety Officers, as at Clause 243. So Monsanto employees can raid premises ? including marae ? backed up by armed police.

– The Government has created this bill to keep in line with its World Trade Organisation obligations under an international scheme called Codex Alimentarius (?Food Book?). So it has to pass this bill in one form or another.

– The bill would undermine the efforts of many people to become more self-sufficient within their local communities.

– Seed banks and seed-sharing networks could be shut down if they could not obtain authorisation. Loss of seed variety would make it more difficult to grow one?s own food.

– Home-grown food and some or all seed could not be bartered on a scale or frequency necessary to feed people in communities where commercially available food has become unaffordable or unavailable (for example due to economic collapse).

– Restrictions on the trade of food and seed would quickly lead to the permanent loss of heirloom strains, as well as a general lowering of plant diversity in agriculture.

– Organic producers of heirloom foods could lose market share to big-money agribusiness outfits, leading to an increase in the consumption of nutrient-poor and GE foods.

The key factor is seeds. In many cases they specifically are food, of course. Grain seed, seed potatoes, rice, maize, quinoa, many staples etc etc ? as the bill stands all these will explicitly be controlled substances, with similar penalties for possession as drugs.

This being so, the unenforceability of prohibiting people from growing food for local distribution becomes a moot point. No good seeds means no good food (if any food at all) to distribute.

One of the few newspaper articles that I?ve seen, highlighting some of the problems with the bill.  This from the Timaru Herald newspaper

The woman behind the Oamaru community gardens is concerned a bill going through Parliament could jeopardise the project.

Gardens co-ordinator Annie Beattie said the Food Bill, which passed its first reading on July 22, was more commercially driven than about food safety.  ?It?s all about big companies wanting sole rights to seeds because they don?t produce seeds and you have to buy them again each year. They are contaminated seeds.  ?I have to say I am furious about these bullying tactics.?

She has signed an online petition opposing the bill. ?This to me is a dictatorship and certainly not a democratic society.  ?I think its time for people to open their eyes be responsible and stand up for their rights.  ?I would go to jail if I had to and will be defending the right to have community gardens and share our food and our knowledge of the importance of good, safe, real food.?

I found the website for the gardens: http://www.marketground.co.nz/waitakicom? and waicomgardens at hotmail.com for E-Mail.

I have been a member of this site for over a year, and this is my first post.  I did not think it would come to this in little old New Zealand, literally at the ends of the earth.  Very serious stuff indeed.