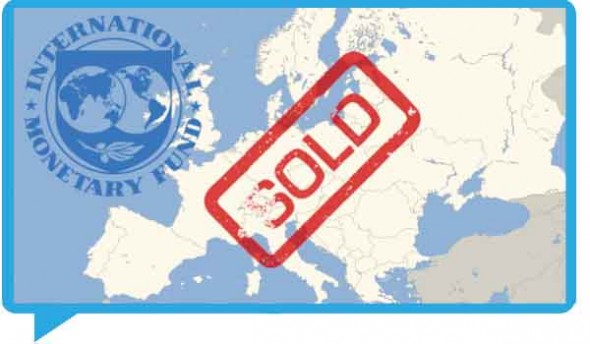 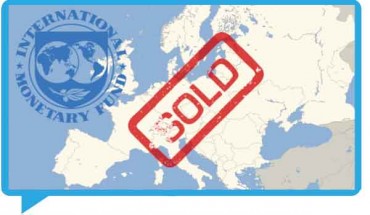 Dominant Social Theme: Unshackle the IMF to save the world.

Free-Market Analysis: Right on schedule, the International Monetary Fund’s Christine Lagarde has emerged to call for a united, Western effort to salvage the Eurozone and perhaps the euro.

This is entirely predictable in our view and has to do with the larger strategy of the Anglosphere power elite, which is to create a worldwide economic crisis in order to provide the requisite centralizing solution. If one wants to create global governance, a few “eggs” may have to be broken in the process.

Of course, as we’ve pointed out before, the preference of the powers-that-be would be to keep the EU together and expand it, along with the euro. But the alternative course has its attractions, too, if one is trying to build world government. Out of chaos … order.

And here comes the IMF. It is no surprise that the International Monetary Fund is raising its profile once again. It was developed after World War II as part of a larger global-government-in-waiting. In fact, the history of the modern age is the history of wars and economic depressions, each leading to greater sociopolitical and economic centralization.

We have come to call this trend “directed history” because not only do the results seem predictable but so do the events leading up to them. It is just as Shakespeare once said: “All the world’s a stage, and all the men and women merely players.”

Only he didn’t mean that history was being organized and directed from the top. But in the 19th and 20th centuries anyway that certainly seems to have been what happened. From the American Civil War on, especially, one can see the centralization of society advance, not only in the US but throughout the West.

Through the twin tools of war and central banking, a power elite located in the City of London with subsidiaries in DC, Tel Aviv and the Vatican has advanced global governance step by step.

It has used dominant social themes in order to frighten Western middle classes into giving up power and wealth to specially created globalist facilities. The most pervasive political tool is the UN, and its funding source is the central banking mechanism. The IMF is a large part of the mechanism as well. Here’s some more from the article:

Mrs Lagarde spoke out after other European countries indicated that they were unlikely to back a new treaty designed to shore up the single currency. Hungary and the Czech Republic said they would not agree to any new deal that involved European-wide taxes. David Cameron has already vetoed any British involvement. Yesterday, the head of the IMF described the prospects for the global economy as “quite gloomy”.

“There is no economy in the world, whether low-income countries, emerging markets, middle-income countries or super-advanced economies that will be immune to the crisis that we see not only unfolding but escalating,” Mrs Lagarde said.”If the international community doesn’t work together, the risk from an economic point of view is that of retraction, rising protectionism, isolation.

“This is exactly the description of what happened in the Thirties and what followed is not something we are looking forward to.” She added: “It is not a crisis that will be resolved by one group of countries taking action. It is going to be hopefully resolved by all countries, all regions, all categories of countries actually taking action.”

We can see from this excerpt how direct Lagarde is being. From our point of view, the economic crisis is a manufactured one, but it doesn’t matter much. Once a war or economic crisis has been created, the next steps flow logically from what has occurred. The opening is there for the taking.

And she is surely playing her part. She is quoted as comparing the Euro-crisis to the ancients’ Gordian Knot and the need for concerted action as Alexander’s sword. “[It starts] with those at the centre [and then includes] the support of the international community probably channeled through the IMF.”

She is already focused on the channeling as well, explaining that both European and non-European countries will be asked for more money. “What is happening now is that conversations, contacts are taking place between the fund and its membership about the scale and the amount in which this could be brought to a conclusion,” according to an IMF spokesperson.

And so it builds. Suddenly the IMF, which the powers-that-be have already designated as a kind of world central bank, is in charge of collection efforts to save the EU. In fact, the EU doesn’t need salvaging, nor does the euro. If both foundered and failed, the world would pause for a few moments and then go on.