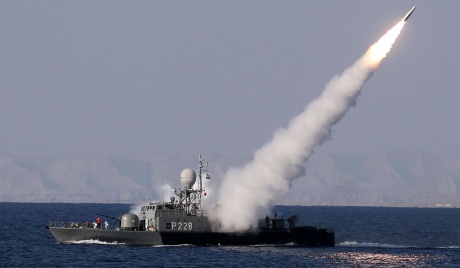 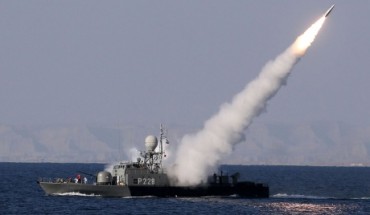 Iran?s newly announced ?massive? naval drill, set to take place within the next few weeks near the Strait of Hormuz, will coincide with a major US/Israeli exercise in the same region, increasing the chances that a war provocation manufactured by either side could take place.

?The newly announced Iranian drills, codenamed The Great Prophet, may coincide with major naval exercises that Israel and the United States are planning to hold in the Persian Gulf in the near future,? reports RIA Novosti.

The Iranian Revolutionary Guard?s naval commander, Adm. Ali Fadavi, told the Fars news agency last night that the upcoming exercise would be ?different? from previous ones.

Iran?s announcement of yet more naval drills follows an escalation in rhetoric after the United States sent the massive battleship USS John C. Stennis sailing through the narrow Strait of Hormuz amidst Iranian wargames based around closing the Strait, a key oil choke point.

Iran responded by firing off missiles during the drill and ordering the US aircraft carrier to ?stay out of the Persian Gulf?.

The US/Israeli naval exercise, named Austere Challenge 12, is set to be the largest ever naval drill between the two powers and is based around ?(improving) defense systems and cooperation between the U.S. and Israeli forces.?

The overlapping of the naval exercises amidst escalating tensions serves as a reminder that the Bush administration once debated staging a false flag wherein fake Iranian patrol boats would be used to attack a US ship as a means of creating a pretext for war.

In January 2008, the US government announced that it had been ?moments? away from opening fire on a group of Iranian patrol boats in the Strait of Hormuz after the boats allegedly broadcast a warning that they were about to attack a US vessel.

The US claimed the Iranian boats had broadcast the message, ?I am coming at you. You will explode in a couple of minutes,? and that the order to fire was aborted only at the last minute as the patrol boats pulled back.

Iran later produced a video proving that the patrol boats never displayed any kind of threatening behavior. The New York Times subsequently reported that the alleged tape containing the attack threat had no background ambient noise and did not come from an Iranian ship, but from another unnamed ship in the region.

According to Pulitzer-Prize winning journalist Seymour Hersh, the incident led to a discussion in Vice-President Dick Cheney?s office about how to start a war with Iran by launching a false flag attack at sea.

The January Strait of Hormuz incident taught Cheney and other administration insiders that, ?If you get the right incident, the American public will support it?. Hersh said: ?There were a dozen ideas proffered about how to trigger a war. The one that interested me the most was why don?t we build, we in ?our shipyard?, ? build four or five boats that look like Iranian PT boats. Put Navy seals on them with a lot of arms. And next time one of our boats goes to the Straits of Hormuz, start a shoot-up. Might cost some lives?.

The plan was rejected because it would have cost American lives, but the potential for a similar scenario to arise in the Strait of Hormuz, whether real or manufactured, remains a very real threat, especially given the amount of US warships that are either already in the region or on their way to the Strait.

Given the fact that the Obama administration?s foreign policy of pre-emptive warfare has mirrored that pursued by the Bush administration, the potential for a stage-managed provocation to create a pretext for an attack on Iran during the next round of naval wargames is clear.