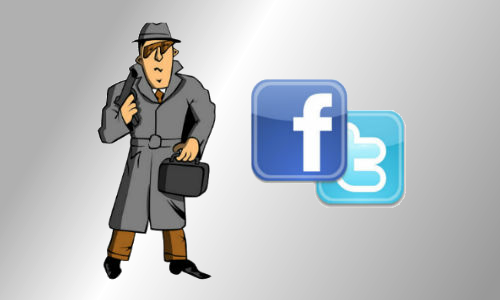 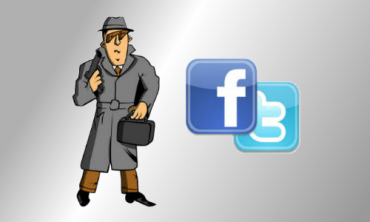 The Department of Homeland Security makes fake Twitter and Facebook profiles for the specific purpose of scanning the networks for ‘sensitive’ words – and tracking people who use them.

Simply using a word or phrase from the DHS’s ‘watch’ list could mean that spies from the government read your posts, investigate your account, and attempt to identify you from it, acccording to an online privacy group.

The words which attract attention range from ones seemingly related to diseases or bioweapons such as ‘human to animal’ and ‘outbreak’ to other, more obscure words such as ‘drill’ and ‘strain’.

The DHS outlined plans to scans blogs, Twitter and Facebook for words such as ‘illegal immigrant’, ‘outbreak’, ‘drill’, ‘strain’, ‘virus’, ‘recovery’, ‘deaths’, ‘collapse’, ‘human to animal’ and ‘trojan’, according to an ‘impact asssessment’ document filed by the agency.

When its search tools net an account using the phrases, they record personal information.

It’s still not clear how this information is used – and who the DHS shares it with.

An online privacy group, the Electronic Privacy Information Centre has requested information on the DHS’s scans, which it says the agency announced in February.

The privacy group has requested information on the DHS, and contractors it claims are working with the agency to scan social media sites such as Facebook and Twitter.

The group says that the government has used scans of social media before to analyse specific events – such as the 2010 BP oil spill – but this general ‘watching’ of social media using fake profiles is new.

‘The initiatives were designed to gather information from ‘online forums, blogs, public websites, and message boards,’ to store and analyze the information gathered, and then to ‘disseminate relevant and appropriate de-identified information to federal, state, local, and foreign governments and private sector partners,’ the group said in a court filing.

The group claims that a request under the Freedom of Information Act to access the documentation has gone unanswered.